Nestled in the majestic Kennebecasis River valley, just 10 miles northeast of the historic seaport city of Saint John, Rothesay, New Brunswick is a well-preserved reminder of the town’s years of shipbuilding prosperity. Located just off Route 1, which carries traffic from the province’s border with Maine up to the Trans Canada Highway, this semi-rural landscape maintains much of its centuries-old beauty, but with plenty of modern amenities to keep it vibrant and attractive for young families. 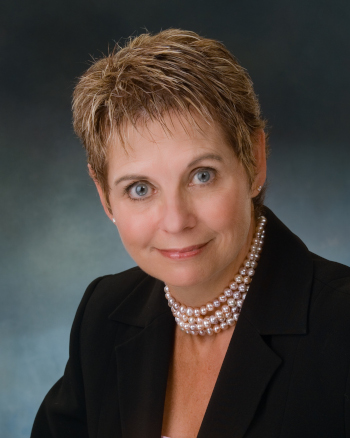 “We have a lovely downtown – it’s very walkable, very compact,” begins Mayor Nancy Grant. “Near the Town Hall there’s a corner. And if you start from that corner, you’ll be able to walk to two coffee shops, about half a dozen restaurants, a country market, a supermarket, two pharmacies, three craft breweries, two women’s clothing stores, a jewelry store, churches, banks, all kinds of professional services, doctors’ offices, three spas, and two gyms. It’s a well-defined downtown, which is one of the features that makes our community very special.”

Rothesay’s motto is Quinque Iuncta In Uno (‘Five United In One’), paying homage to its more recent history in commemoration of the joining of its five founding communities. On January 1, 1998, the former villages of East Riverside-Kingshurst, Fairvale, Renforth, the Town of Rothesay, and the community of Wells were amalgamated to form the Rothesay of today. At the time of amalgamation, the town council decided to create a new coat of arms, in consultation with the Heraldic Authority of Canada. The Armorial Bearings Committee ultimately chose heraldic symbols in honor of the area’s nautical legacy: a red apple signifying Appleby’s Wharf, two oars exemplifying Renforth’s rowing history, a wavy band representing the Kennebecasis River, a square knot symbolizing Fairvale’s shipbuilding industry, and two discs that stand for fountains, representing water and the community of Wells. The ostrich feather at the bottom of the crest recognizes the Prince of Wales, who named the municipality “Rothesay” in 1860.

“Unlike many suburban communities, we do have our own history, culture, and charm,” Grant explains. “Because Rothesay is a very old town dating back to the 19th century, we have several institutions that are over 100 years old. Our tennis club, as well as our Riverside Country Club – the only private golf club in New Brunswick – are over 100 years old. We have a beautiful old inn and fine dining restaurant, Shadow Lawn, that’s over 100 years old. And a wonderful independent school, Rothesay Netherwood School (RNS), a co-educational day and boarding school for Grades 6-12 that attracts students from around the world.”

Sitting on a 125-acre campus overlooking the Kennebecasis River, Rothesay Netherwood School is an International Baccalaureate World School and a member of Round Square, a universally recognized and respected foreign exchange program. Founded in 1877 as the result of the merger of Rothesay Collegiate School for boys and Netherwood School for girls, it’s known for its high academic standards, well-rounded co-curricular activities, and nurturing environment that supports each individual student.

“We offer wonderful opportunities for education and for riverfront recreation as well,” says Grant. “Rothesay has 15 kilometres of riverfront and a deeply-rooted tradition in watersports.” Just days after Canadian Confederation, Saint John’s rowing team achieved global acclaim by placing first at the International Regatta during the Paris Exposition of 1867, beating out the Tyne crew of Newcastle, England. In 1871, the village of Renforth also gained fame abroad by hosting its own world-class rowing competition—the return grudge match between England’s Newcastle-on-Tyne Crew, and Saint John’s own “Paris Crew”.

“The local crew was ahead when one of the English rowers collapsed and later died,” Grant recalls. “His name was James Renforth. That gave the community its name. There’s actually a Canada Post stamp in the crew’s honor.” When Renforth came into the amalgamation of modern Rothesay, it brought with it the beautiful octagonal lighthouse at Renforth Cove, which is now the defining feature of a small park, playground, beach and wharf. “It’s one of the few remaining wharfs on the Kennebecasis River, which is excellent for swimming, boating and ice fishing in the winter,” Grant explains. “It’s also the home of the Renforth Boat Club and Kennebecasis Rowing Club, where the rowing history carries on.”

The list of recreational opportunities in Rothesay truly goes on and on. The Rothesay  Yacht Club, established in 1907, has most of the facilities needed to be a successful sailing and powerboating club. There’s also the Kennebecasis Paddling Centre, a sprint canoe-kayak racing club that’s been developing athletes on both the national and international stages since 1982. And at the heart of the town is the Rothesay Common, a well-known community space often used as a social and cultural center for festivals, community events, and various outdoor activities. According to Grant, “It’s a very old area, acquired by the town in the 1930s. Mostly a large green space, but with the recent addition of a refrigerated skating rink, which is extremely popular in the winter and in summer doubles as a basketball court.” 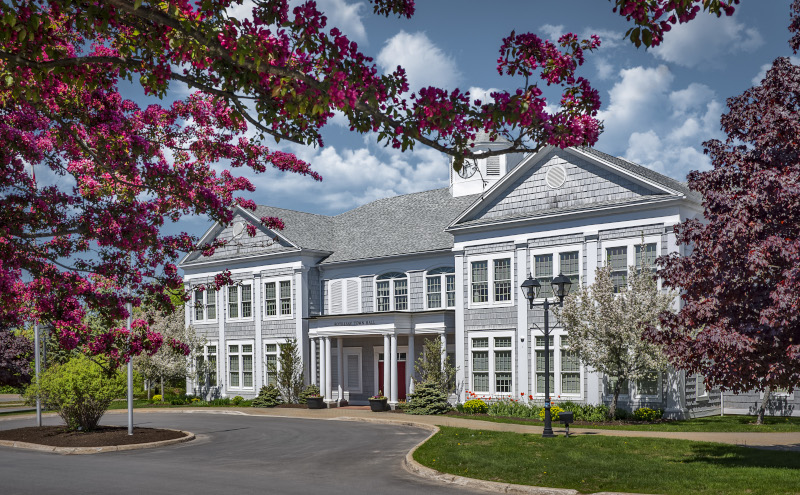 Named one of the safest places to live in Canada by MacLean’s Magazine in 2018, Rothesay is as family-friendly and community-focused as it gets. “Our population, which sits at about 12,000, has been relatively stable and we’re poised for growth,” shares the Mayor. “Our housing has largely been single-family dwellings, some of them very large properties, but the population is changing. We have seniors. We have low-income folks. The other thing that’s happening is the growth of the single-person household. With those factors in mind, we’ve been diversifying our housing over the past five years. We had about 700 older apartments in town, but we’ve added newer, more modern-looking apartments right in the center of town. Thirty-five units over the last two years, and a 48-unit condo development, which is just a block away from Town Hall.”

The Town Council has just approved a 55-lot subdivision for single-family homes, which they’re hoping will attract some younger families. On the flip side, Rothesay is also a New Brunswick-designated Age-Friendly Community. “We have an Age-Friendly Community Centre, supported by the town of Rothesay,” says Grant. “We call it the Rothesay Hive. We conduct all kinds of programming there, but the most popular items seem to be physical activity, potlucks, socialization, those kinds of things.”

One of those picture-perfect towns that retirement dreams are made of, Rothesay has avoided becoming ‘touristy’ despite being in such close proximity to Saint John, a popular destination port of call for cruise ships sailing Canadian and New England itineraries.

“We really don’t monetize the tourism traffic,” says Town Manager John Jarvie. “As far as economic development activities, we’re just beginning to create a new economic development organization with four other municipalities in the area, to encourage growth on a more regional basis.” He notes that the large active port, oil refinery, and two pulp and paper mills in Saint John, along with the University of New Brunswick and New Brunswick Community College, have been the main economic drivers for Rothesay.

Given the town’s common history and economic aspirations with the adjoining municipalities (Quispamsis, Grand-Bay Westfield, Hampton and the village of St. Martins) that, with the City make up the Greater Saint John area, Rothesay fancies itself a true ‘community of communities’ –  one that embraces the ideals of connectedness and cooperation. “We have a neighboring municipality with whom we share a library, police force and fire department,” Jarvie reports. “Rothesay also contributes to maintaining regional facilities; there are five to which town taxpayers provide funding. The  catchment area for the Fundy Regional Service Commission is about 125,000. The Commission provides solid waste services, amongst other things.”

As far as waste management infrastructure is concerned, Jarvie says the town expects to be awarded federal and provincial government funding for a new $22 million wastewater treatment plant, to be completed over the next three years. “As the Mayor described, the community sits along the Kennebecasis River, and it’s susceptible to spring flooding. This facility will be raised above the flood line, and the treatment process will involve putting water back into the river at a quality that’s superior to what occurs naturally.”

Once the wastewater project is complete, Grant would like to see improvements to the trails system, with priorities on building local east-west connections. “People are really enamored of our trails,” she shares. “Both parts of town – the four river communities on the river side of the highway and the community of Wells, that contains our watershed – have wonderful trails. We want to connect the two. Again, we’re dependent on some federal money to help us with that, but that’s a project, too.”

The Mayor admits that Rothesay could be using the river more to its advantage in that regard. “Maybe that’s something that can happen regionally,” she reckons. “With the new economic development agency, there’s no reason why day trips on our river can’t become a business opportunity.”

What:  A beautiful historic community; population 12,000

Founded in 1877, Rothesay Netherwood School (RNS) is a progressive, Canadian co-ed boarding and day school for Grades 6 to 12 that offers rigorous academics in a nurturing environment to a diverse student body. RNS is committed to educating, celebrating and supporting each individual student so they can soar.