Prince George International Airport – Optimism is in the air

Optimism is in the air

The City of Prince George is often called the Northern Capital of British Columbia and truly serves as a gateway to the North. With a population of approximately 82 thousand citizens, the city has “hub” status because of its location at the confluence of the Fraser and Nechako Rivers, and the crossroads of Highway 16 and Highway 97. Its history goes back all the way to the North West Trading Company, which under the direction of Simon Fraser built a fur trading post, Fort George, at this location in 1807. It was already the centuries-old homeland of the Lheidli T’enneh First Nation, whose very name means “people of the confluence of the two rivers.”

Gordon Duke, President and CEO of Prince George International Airport, shares, “If you fly in here in October, you will see some pretty spectacular fall colors. This is a river valley, and from here the Fraser River flows all the way to Vancouver. The economy is driven by forestry and mining, with assistance from oil and natural gas exploration as well as work camps that employ significant numbers. Tourism is a big driver here as well, because we have some of the best outdoor activities including hunting, fishing, canoeing, kayaking, and spectacular hikes.”

Duke has spent a tumultuous two years in his executive role at Prince George International Airport. It was mere months after he arrived on the job that COVID-19 came on the scene and traffic numbers dropped quickly. He reports, “By the end of 2019, we were seeing around half a million passengers having gone through the airport. In 2020 we only had 176,000 passengers. The bottom fell out of it. Luckily, Prince George having a resource-based economy also provides a lot of essential travel and workplace transfers. For example, we have the Northern Health Authority based here, which provides quite a bit of travel as part of the health service delivery plan – moving specialists and other medical folks up from Vancouver for a period. The University Hospital of Northern BC is located in Prince George, which again drives a certain amount of aviation traffic. We’ve been able to maintain better traffic numbers after that initial collapse and we are back up to around 65 percent of our previous passenger numbers. Revenue numbers remain similarly low and we are looking at innovative ways to regain revenue streams.”

The airport itself is about six miles outside the City of Prince George and sits on just over 2,000 acres of land. It has a staff of 40 employees in the winter and 32 during the other seasons – distributed between administration, front line, and services. Prince George International has three asphalt runways, one with a length of 3,769 feet, the next at 5,624, and the longest at 11,450. It can therefore handle any modern airplane and, along with a modern terminal and staffed control tower, features all the infrastructure of any city airport. 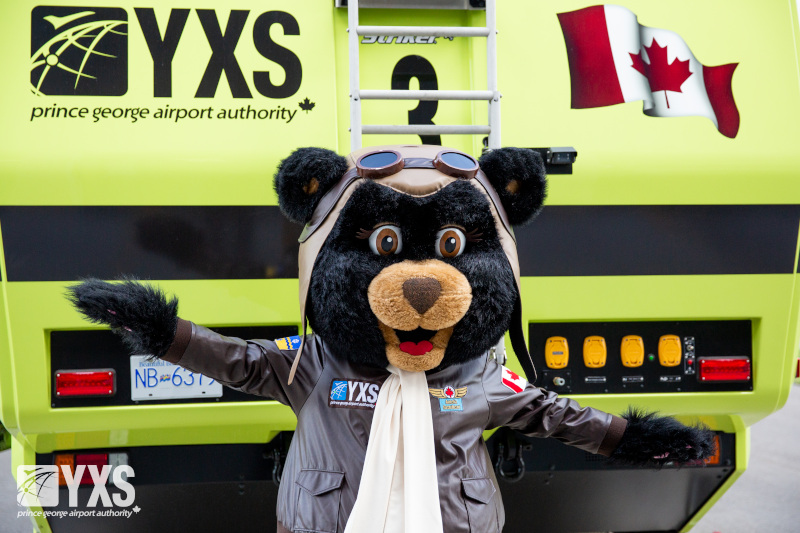 This is partly due to its key location serving the north, but also somewhat due to its strategic military history. The first airport opened in Prince George in 1920 and served as a stopover for aircraft, including those of the United States Army on route to Alaska. This traffic increased in the years building up to World War II and the airport was moved to allow for growth. In 1940, Canada’s Department of National Defense decided to build a brand-new, third-generation Prince George Airport as part of the Northwest Staging Route, which both the U.S. and Canada developed to provide protection, to permit aircraft to be deployed rapidly to northwestern Canada and Alaska in time of emergency, and allow easy transportation of personnel and supplies. When the war ended in 1946 the airport was turned over to the Department of Transport by the RCAF and the USAAF.

The airport is operated by the Prince George Airport Authority and is currently under a 60-year lease agreement with the federal government who own the actual land and airport buildings. The airport lands lie within a designated Free Trade Zone, which allows for increased economic activity and is a recognized port of entry into Canada with all the border services necessary.

“We are a strategically placed airport for so many reasons,” Duke explains. “For example, we have a Ministry of Forests wildfire water-tanker base here and they were very busy during this fire season. We also have a medevac service based here as part of Northern Health, who provide service to remote and northern communities. They transfer patients here and, in some cases, patients are transferred from here down to Vancouver or Victoria. The RCMP (Royal Canadian Mounted Police) have aircraft based here – again for the delivery of services to remote and northern communities. There can be quite a bit of activity. So far this year there have been 945 medevac operations out of Prince George.” 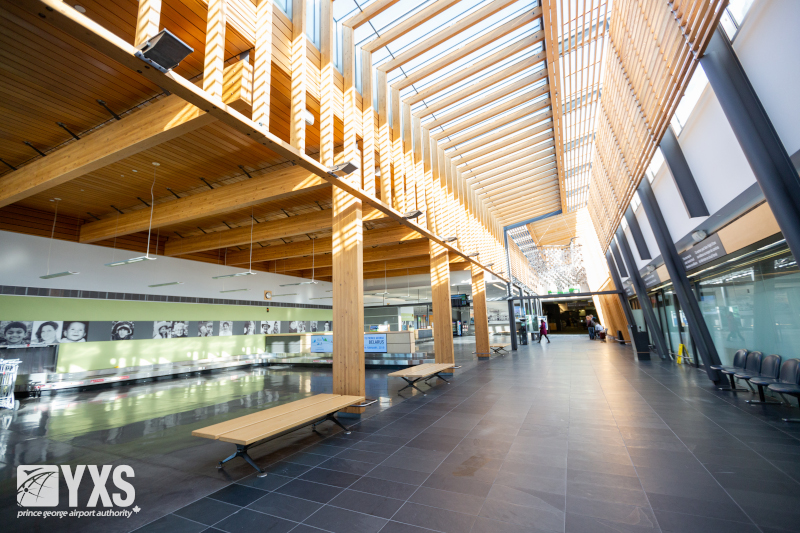 For the past year, the Airport Authority have focused on local opportunities. According to Duke, “We have a new food and beverage operator, Farmhouse Catering, who are local, and choose to use a lot of local food and produce on their menu. When COVID hit we didn’t have any large projects on the books and we basically shrunk the capital program down to only projects that were already underway, like the parking equipment, or directly related to safety and regulatory compliance. We’ve taken a lot of steps in enhancing our accessibility programs like visual paging, a service animal relief area, and a few other things. We completed a Rick Hansen Foundation audit which looked at several areas of concern and we ended up changing some of the door handles and addressing other accessibility issues. We have also replaced our runway signage which was regulatory. We are now in the process of developing a Fire Training Centre where airports and local agencies can send their Aircraft Rescue Firefighters for training and to get their annual certification.”

Prince George International is also involved in some interesting projects through Innovative Services Canada. Two technology companies are testing their equipment at the airport: OARO are testing facial recognition technology and screening, while a company called SIMBLPHACT is working on Bluetooth technology to track where people congregate and move throughout the airport to make COVID precautions and service better.

“Looking ahead, from a purely operational standpoint,” Duke concludes. “We would like to have a direct transcontinental flight to Eastern Canada and an international leisure destination. Ideally, I would also like to see a scheduled cargo operator come into our airport, perhaps even with international capabilities. This is a great spot, and I am pretty optimistic that the next few years will bring continued growth.”

What: A progressive commercial airport

An urban centre, located on the traditional territory of the Lheidli T’enneh First Nation, surrounded by glacial landscapes, iconic wildlife and the world’s only inland temperate rainforest. Prince George is a centre for business, a basecamp for adventure, and a portal to the North.