Oxford is a city in, and the county seat of, Lafayette County, Mississippi, in the northern part of the state. It was incorporated in 1837 on land that had been previously settled by the Chickasaw Indian Nation. A resident, T.D. Isom recommended naming the city after Oxford, England, in hopes that it would one day become a university town. And, in fact, within a few years, the Mississippi legislature voted to make the city the home of the state’s first public university. In 1848, the University of Mississippi opened its doors to 80 students. Today, it has become one of the nation’s finest educational institutions.

Oxford was nearly devastated in 1864, when Union troops set fire to the town, burning the Courthouse, most of the Town Square, and many homes. Indeed, the Civil War claimed the lives of many Oxford residents and university students, alike. Almost one hundred years later, in 1962, Oxford again found itself in the middle of turmoil when James Meredith entered the University of Mississippi as its first African-American student.

Over the last several decades, though, Oxford has become more well-known as an economically- thriving and culturally-rich city of the New South. “We do consider ourself quite a jewel,” says Jon Maynard, President and CEO of the Oxford-Lafayette County Economic Development Foundation (EDF). “Oxford is a charming southern community with a rich history. William Faulkner is from here, John Grisham is from here. We have the University of Mississippi – Ole Miss. We have developed a quality of life here that is just about the best anywhere.”

In other words, Oxford always had the culture. What it didn’t have back in 1992, when the EDF, a private, 501(c)(6) foundation, was first formed, was a comprehensive economic development program. So a strategy was put in place that stressed growing the city from within while supporting local business and industry. “We’re the de facto economic development organization for the city and the county,” says Maynard. “We are charged with creating the economic development activities, such as marketing and the other things that go along with job creation in the region. My job as an economic developer is to grow Oxford without screwing it up,” he adds, facetiously.

Far from screwing up, over time, Oxford’s methodologies for attracting and supporting businesses have been an unqualified success for the city. Maynard explains: “The system is typically set up so that you’re out there trying to attract whales – the next big, four, five-hundred job employer – the Nissans and Toyotas of the World,” he says. “In Oxford, we work very hard to work on entrepreneurship, on start-ups, on companies that already have a vested interest not only in Mississippi, but in the culture that we have here in Oxford.”

According to Maynard, these types of companies tend to grow, stay longer, employ more local people, and create the types of jobs that those people can maintain for a longer time. One example of an Oxford start-up is FNC. “They’re a technology, financial services company, recently purchased by CoreLogic in California for close to half a billion dollar,” says Maynard. “We’ve got several other start-ups in various venues and they’re all doing extremely well. They’re finding the sort of talent and access to capital and other things that they need to be successful. And they’re doing it right here in Mississippi.”

Of course, Ole Miss is still the city’s biggest employer, with 5,000 workers serving its 20,000 students. “It’s definitely the biggest entity in the area,” Maynard admits. Other large employers are the Winchester Ammunition plant with its 1,500 employees, and the North Mississippi Regional Center, a mental health residential facility with a staff of 1,000. And the brand new, $450 million Baptist Hospital, which is more than halfway completed, will employ hundreds more.

Maynard reports that the population of Oxford has been growing steadily at a two percent per year clip since the late 1980s. “It’s a steadily growing town,” he says. “We won’t be a metropolis any time soon, but we are seeing substantial growth.” He cites three reasons why people come to Oxford and decide to stay: “They went to school here and they stayed; they may have gone to school here, years ago, they invested in some real estate here for a game day house or a second home, and they tend to live in Jackson, Mississippi, and drive two hours here for weekends for ballgames or hunting, or just to get away; or they’re coming here specifically because of their employment with Winchester, or the University, or any of the large employers in the area.”

“When the Economic Development Foundation was founded, our first major project was a retirement attraction program,” Maynard adds, citing yet another reason for the town’s growth. “We felt that retirees were our sweet spot and we have, since then, attracted well over a thousand retiree households – the bulk of those coming in the past ten years. The biggest part of that is people who have a fondness for Ole Miss and want to be close to their alma mater.”

The increase in population has fostered a construction boom. “We’re growing rooftops like crazy,” Maynard exults. “The type of developments that we’re looking for is mixed-use, where you have residences around commercial areas, or commercial on the ground floor and residences, above. We’re developing the infrastructure and community design to incorporate density. We want to be able to make everything we have walkable and bikeable – lots of bike paths and sidewalks, everywhere. And we have an excellent, self-sustaining, very strong public transportation system; for a town of 21,000 people, that’s a rarity, and we’re very proud of that.”

Another recipient of Oxford pride is the city’s square, for which the town is famous. “The Oxford Square is our hallmark,” says Maynard, who admits that the historic and cultural nexus of the city was becoming obsolete by the early ‘90s. But today, it has been renewed as home to a variety of shops, boutiques, galleries, and fine restaurants, and it is, once again, the epicenter of the town’s nightlife. “It is now the cultural hub of the city,” Maynard states. “It really is our renaissance area.”

In addition to revivifying old Oxford, Maynard reports that the city is spawning some brand new developments on its outskirts. “South of town is Oxford Farms – a three, four hundred-acre tract of land that is being developed for mixed-use for commercial/residential/retail. There’s Oxford Commons. All of these developments are growing rapidly; they weren’t being developed at all just two years ago and now we’re seeing hundreds of new homes between those two areas.”

Today, Oxford is touted as the “Cultural Mecca of the South.” And with both its long-lived cultural charms, and now its more modern economic development and growth strategies firmly in place, Oxford, Mississippi is poised for a sparkling future. “We have the types of things that make people come here and want to stay,” says Maynard. “When you come here and you see what we have, it’s a little overwhelming that there’s this sort of quality in a place. But we do consider ourself quite a jewel.”

Check out this handpicked feature on the Mississippi Coast Coliseum & Convention Center.

North MS Regional Center – The North Mississippi Regional Center is one of six comprehensive regional centers in Mississippi. NMRC operates under the authority of the MS Department of Mental Health and is licensed as an Intermediate Care Facility for Individuals with Intellectual and Developmental Disabilities (ICF/IDD), providing an array of services in the northern 23 counties of the state. Its mission is to enhance the abilities and promote the independence of persons with intellectual and related developmental disabilities by providing quality care, comprehensive services, and family support, with dignity and respect. NMRC’s service delivery includes community options such as early intervention for children from birth to three years of age, assistive technology to aid in communication, day services-adult programs, work activity/prevocational centers, supported employment, and Home and Community-Based Waiver services. Each of these services is provided in the community in which an individual lives. –  www.nmrc.state.ms.us 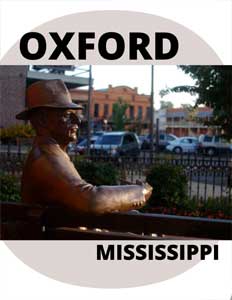