The character-filled City of Owensboro, Kentucky is the county seat of Daviess County and is situated just south of the Ohio River. Self-proclaimed as the Barbecue Capital of the World, in the last few years Owensboro has transitioned from being a manufacturing hub to a more tourist-friendly destination, hosting a number of events like ‘Friday After 5’, which takes place in the downtown area and is free for one and all to attend. Fun happenings like this and Blue Grass music festivals draw tourists to the city from near and far. And the Owensboro-Daviess County Regional Airport (OWB) plays a pivotal role in welcoming these travelers to the area.

OWB is a public use airport located three miles southwest of Owensboro near I-165 and adjacent to the US-60 bypass. The airport is owned by both the City of Owensboro and Daviess County. Its prime positioning makes it a facility that’s easily accessible for almost 1,000,000 people in Kentucky and Illinois. In total area, the airport property covers 880 acres, with ample room to spare for future use. 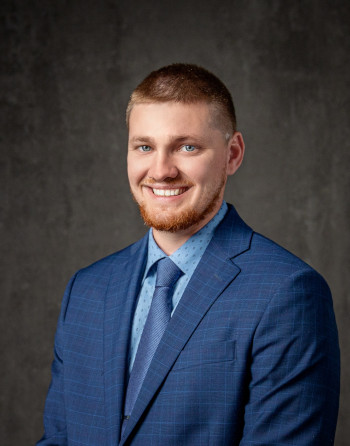 Currently, OWB has two runways: 18-36 is 8,000 by 150 feet with a concrete surface and 6-24 is 5,000 by 100 feet with an asphalt/concrete surface. Both runways have undergone extensive renovations, which now allow for them to easily accommodate heavy cargo operations, military deployment, and any large charter needs. The upgrades also means that OWB can carry on accommodating the approximately 30,000 aircraft operations at the airport, annually.

At present there are two commercial operators on the field. Airport Director Tristan Durbin reports, “Since Allegiant Air and Cape Air opened their services at OWB we’ve flown just over 350,000 passengers.” Allegiant Air flies out of OWB to Sanford/Orlando, Florida twice a week, seasonally three times a week. Cape Air operates direct daily flights from OWB to Nashville, Tennessee, and St. Louis, Missouri. The airport terminal building, which was originally constructed and completed in 1953, has been renovated frequently over the years with the last update occurring in 2012. Of course, plans for a future remodel are always on the wish list. On the horizon, OWB is also looking to collaborate with the Kentucky Department of Aviation to oversee the rehabilitation of a fair part of the terminal apron, which would help with commercial services.

The latest construction project completed at the airport was the new, state-of-the-art aircraft rescue and firefighting (ARFF) station, which is more than 15,000-square feet and is bound to become the emergency operations hub for western Kentucky. The building’s overall price tag came in around $6.5 million with 90% of the funding coming from the FAA. Another project recently completed at OWB is the rehabilitation of both Runway 18-36 and Runway 6-24.

There are two fixed-base operators (FBO) at the airport. Towards the south end of the field is MidAmerica Jet, which is a full-service FBO offering chartered flights, maintenance services and fuel. On the northeastern side of the field, Modern Transportation, provides a self-service fueling station and full-service for Jet-A fuel.

As is the trend across the country, hangar space at the airport is at a premium. As Durbin elaborates,

“Not a week goes by that we don’t get questions from our general aviation and corporate tenants asking about hangar space. But we do have space set aside.” Currently, management at the airport are eyeing out three prime spots for additional hangar space. While other airports are landlocked, OWB does not face the same issues.

There are currently 15 businesses and agencies that are active at the airport and management is keen to entice more independent operators to the field. OWB is busy redoing the master plan for the airport, and this plan will outline goals for the next 10-20 years. It will also include a feasibility study of the terminal. The airport terminal building, which was originally constructed and completed in 1953, has been renovated frequently over the years with the last update occurring in 2012. Of course, plans for a future remodel are always on the wish list.

Four sites have been identified for more developments for aviation and non-aviation businesses on the field. For the latter, they are considering around 70-80 acres of space, which is primed for development. There are currently 15 businesses and agencies that are active at the airport and management is keen to entice more independent operators to the field. On its own roster, OWB employs a passionate team of five, full-time staff members. The airport also provides ground handling services to Allegiant Air, acting as a service provider for the company with 10 part-time employees. With such a small group of staff members, everyone pulls their weight. 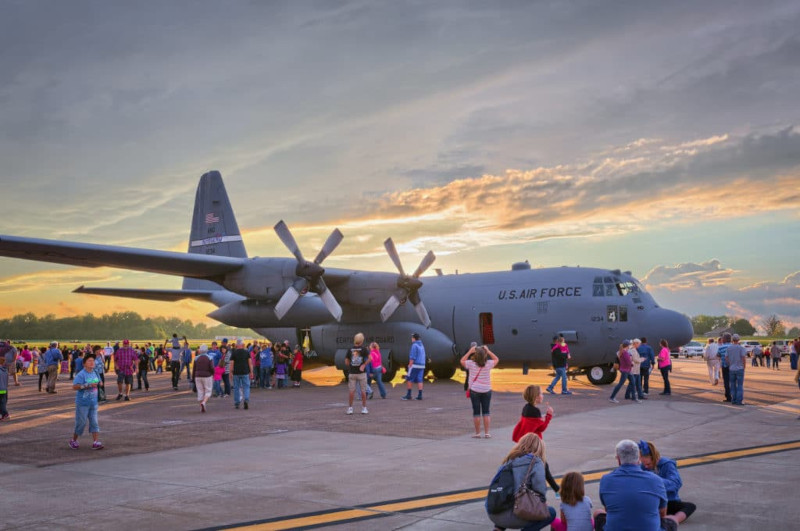 Eagle Flight Academy is the airfield’s flight school, with access to five aircraft. The school also offers qualifications for all ratings. Through a partnership with Cape Air, the OWB Pilot Program offers a program for potential pilots who have zero hours in the air to work up to 750 hours, which will then make them qualified to be hired by Cape Air as a first officer. Once they fly 1500 hours, they can become a commercial pilot flying for Cape Air as a captain. Upon completion of the program, while flying as a captain for Cape Air, the students will have their flight training reimbursed, allowing an advantageous path to a profession that can be difficult to get into.

With flights and travel grinding to a halt over the last two years due to the pandemic, OWB certainly felt the effects and were grateful for the assistance received. Durbin shares, “We are so thankful for all our elected officials that have helped us with funding through that difficult period.” During the height of the pandemic, the airport had to quickly adapt to maintain COVID protocols. Flights had to be staggered to ensure there weren’t large crowds, and an intense cleaning routine for the entire terminal building was put into place. “We have been very fortunate to have regained our flight numbers up to 80-85% of pre-COVID-19 amounts,” adds Durbin.

The airport is dedicated to promoting students to get involved with aviation as a profession. Along with working closely with the flight school, OWB helps sponsor a popular community event that’s tailored to promote aviation is the Annual Boys’ and Girls’ Aviation Day, where children between the ages of six to 15 years old come to the airport for a tour and are shown a wide variety of careers in the aviation field.

Looking to the future, the team at Owensboro-Daviess County Regional Airport is dedicated to promoting the availability of land around the airport. “We’re always trying to make sure everyone in the community and outside of it knows about OWB’s opportunities,” says Durbin. “The promotion of land is key and we are utilizing all channels at our disposal to inform private and commercial customers of the possibilities available.”

Another area of focus is to continue to expand into general, commercial, and cargo aviation. Of note, the management team would like to tap into more commercial flights. In the next three to five years, Durbin is eager to see more corporate tenants and more hangar space, which would help the corporate and general aviation community. At the end of the day, the entire airport team is excited to welcome great opportunities and growth at OWB.

What: A busy, public use airport

Where: Three miles southwest of Owensboro in Daviess County, Kentucky

Cape Air is one of the largest commuter airlines in the United States, serving 38 cities in the US and Caribbean. The employee-owned company has grown from three flights a day in 1989 to a fleet of 99 aircraft, more than 400 flights a day, and over 500,000 passengers annually.

Brault Roofing – EXCELLENCE at the HIGHEST...