Unique in the Midwest

The Mason City Municipal Airport is located six miles west of downtown Mason City, Iowa, in Cerro Gordo County. In February 1942, the City of Mason City purchased 312 acres of land for a new airport, and began construction. It saw its first official landing in March 1945. At the time, the Airport had two paved runways, associated taxiways, and a small ramp area. A remodeled farmhouse was used as the first terminal during the Airport’s dedication on June 22, 1946.

During the 1950s, the Airport saw commercial airline service from several airline companies, including Mid-Continent, Braniff, and Ozark. The Mason City Airport will forever be remembered as the site of a famous crash which killed musicians Buddy Holly, Ritchie Valens, and J.P. “The Big Bopper” Richardson, along with pilot Roger Peterson, in the early morning hours of February 3, 1959, after a concert in nearby Clear Lake.

In the 1960s, the Airport’s primary runway, 18/36, was extended to its current length of 6,501 feet, and the farmhouse was replaced with the current terminal facility. The airport now occupies over 1,100 acres, consists of two asphalt runways (12/30 is 5,502 ft.), and has a precision instrument landing approach to allow aircraft to land even in inclement weather. The Airport is a certified Part 139 facility, categorized it as a non-primary commercial service airport. Its commercial carrier, Air Choice One, offers flights to Chicago O’Hare, Minneapolis/St. Paul International Airport, Burlington Southeast Iowa Regional Airport, and Fort Dodge Regional Airport. The Airport is also home to approximately 50 general aviation aircraft. 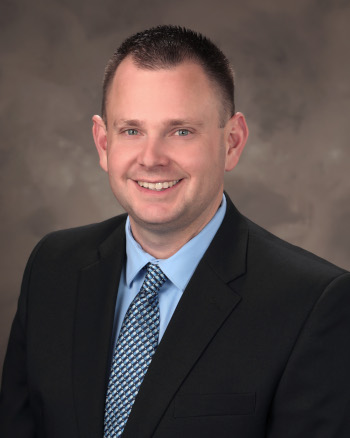 The Airport is operated by the five-member Mason City Airport Commission, which employs five full-time and two-part time employees, and, according to Airport Manager, Dave Sims, relies partially on funds from Mason City for its operating expenses. Sims adds that there is a small waiting list for T-hangar space and that it is preparing to address the situation. “As far as T-hangars go, we are getting ready to break ground on our next development,” he explains. “We have state grants that are funding this project to do all of the ground work and paving associated to facilitate the construction of a new T-hangar facility. We have not secured the funds for the T-hangar building, itself, at this point, but we are laying the ground work so we can proceed with that in the futudre. We also offer ground leases for private hangar development. We have one private hangar development that has eight hangars in it, right now, with two vacant lots available. Part of the ground work we’re doing for the T-hangar will also open up more lot space for private hangars.”

Another upcoming project is the upgrading of the Airport’s taxiway lighting using federal AIP funds. “We also received a $3 million supplemental AIP funding grant to relocate a portion of a taxiway so we can expand our general aviation parking area,” Sims adds.

Regarding competition from other area airports, Sims reports, “In terms of general aviation airports, there are several smaller airports located 15 or 20 miles from us. But most of those are much smaller with much more limited facilities; they don’t have the full-service capabilities that our Airport does. From a commercial standpoint, all of the commercial airports that are nearest us are 90 driving miles away. Some people do drive to the larger commercial airports in Des Moines or Minneapolis (we’re located about halfway between them), but for our area, we are the largest commercial airport in north central Iowa.”

Regarding the Airport’s geographical footprint, Sims says, “Right now, we have plenty of excess land within our current perimeter that we already own – 300 acres of land that is currently in crop production, right now. As far as expanding further, we’re surrounded by crop land on three sides. So, if we ever had a need for expansion, we could look into purchasing additional land, but we don’t have plans for that in the near future.” 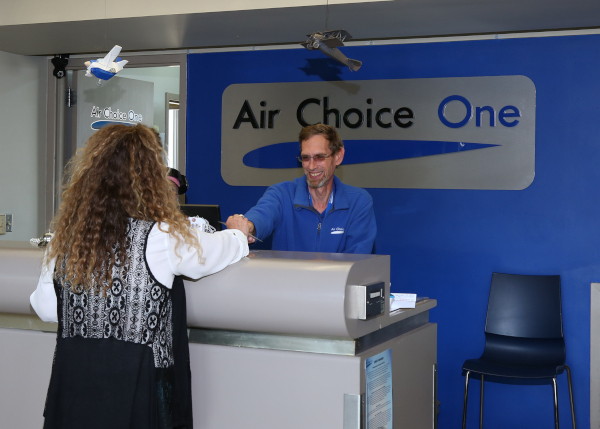 Sims notes that the Mason City Airport is unique in one major aspect. “In our area, and in general aviation nationwide, all we hear is there are less people flying and that general aviation is in decline,” he relates. “But here, we have our fixed-base operator, North Iowa Air Service, which offers aircraft rental and flight instruction and all the flight instructors we have are just as busy. And most of our GA aircraft are very active. We have an event at our Airport, every month, that is self-supported by the pilot population. It’s called the Third Thursday Burger Burn. Every single month on the third Thursday, it is an unofficial fly-in. It’s been going on now for six or seven years. At this Burger Burn, if the weather’s good, you can have 40 or 50 airplanes and hundreds of people show up from all around the Midwest. It’s kind of incredible to see. It’s a fun get together and it’s become famous around the aviation community – at least in the Midwest.”

Going forward, Sims says that in addition to developing more hangar space in order to accommodate additional home-based GA aircraft at Mason City, part of a Master Plan study that the Airport completed a few years ago, included the desire to grow its commercial passenger traffic. “Over the last two years, we had just over 8,000 passenger enplanements on Air Choice One,” he notes. “We’d like to see that number grow past 10,000 and become a primary service Airport again. Once you pass that 10,000 enplanement, you can receive a million dollars per year from the FAA’s Airport Improvement Entitlement Funds. We would also love to attract some economic development – either aeronautical or non-aeronautical. We have land available to develop, and if we can attract that kind of business, it would help make the Airport be completely self-sufficient, going forward into the future.”

Air Choice One is a community-minded and globally focused airline. As industry leaders, we practice integrity, innovation, and professionalism through our provisions and the communities we serve. We are proud to service the Mason City community and offer a service that helps build and cultivate local businesses.