History in the making

For more than two centuries, people have been drawn to Liberty, Missouri, and the attraction continues today for a wealth of reasons. American settlers began to arrive in the Liberty area in the early 1800s, and by 1822, the settlement had grown to become the County seat for Clay County. Incorporated in 1829, Liberty is the second-oldest incorporated town west of the Mississippi River. During the 1830s, the Liberty Landing was one of several steamboat docks located along the Missouri River. As Liberty was the “jumping off” point for the frontier and westward expansionists, the Liberty Landing was a disembarking location for merchandise and early settlers coming from St. Louis and other points east. The steamboats would fire a cannon when they were several miles away from Liberty to give merchants and townspeople time to reach the dock before the boat arrived. Another tidbit for historic trivia buffs, the Clay County Savings Bank, now the Jesse James Bank Museum, was the site of the first successful daylight bank robbery – February 13, 1866 – allegedly committed by the James-Younger Gang.

A suburb of Kansas City within the Kansas City Metropolitan Area, the City of Liberty has forged an impressive identity all its own. Since 2005, the National Arbor Day Foundation has recognized Liberty’s commitment to the management of its community forest with the Tree City USA designation. In 2007, Liberty was designated a Preserve America community – a White House program to support communities that preserve and promote America’s cultural and natural heritage. Today, Liberty continues to embrace residential and commercial development, while maintaining its strong sense of history. The city is home to five local historic districts, seven nationally recognized districts and seven individual properties on the National Register of Historic Places, a thriving historic downtown business district, three museums, and many notable sites of interest. 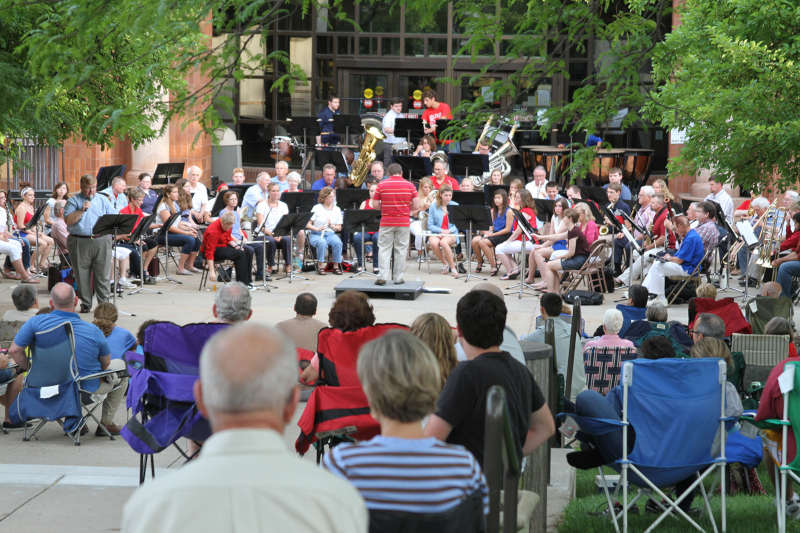 In addition, Liberty has been very aggressive regarding development within the city. Karan Johnson, Director of Economic Development for Liberty, recounts, “We are somewhat of a bedroom community of Kansas City metropolitan area and over the last five to seven years, we’ve added a lot of new residential growth to our community. One is Copper Ridge – a 300-unit upscale apartment complex, featuring one- and two-bedroom units with all the amenities. That was just completed last year and is now 96-percent leased. We are now concentrating on bringing in all levels of single-family. One development we have right now is called Homestead, consisting of 127 single-family homes in the $500,000 to $600,000 price range; the highest we have ever seen in Liberty. Phase two of that development, Homestead Hills, will have entry-level homes in the range of $225,000 to $250,000 and smaller maintenance-free villas.”

More good news: Addressing Liberty’s need for senior housing options, Norterre, owned by Liberty Hospital, offers assisted living, memory care, and a long-term/short-term rehab facility. It’s a full-service, live-in environment with a wellness facility attached – not surprisingly there is a waiting list for folks to get in. Coming soon is another senior focused development called The Wellington, which will feature independent living, assisted living and memory care.

Commercial growth has also been booming. Within the last five years, a major commercial development called Liberty Commons was opened on the southeast corner of Interstate 35 and Highway 152, and has been extremely successful. That project also spurred B&B Theatres to expand. B&B was a tenant in the old complex where Liberty Commons is now located. Johnson notes, “It’s a family-owned theatre with locations across the nation and we are pleased that they stayed in the Liberty community, building a new, state of the art theatre. They are currently in the process of building company HQ offices adjacent to the theatre– the owner is a Liberty resident and quite involved in the community.” The Liberty Commons and B&B Theatres developments are assisted by the city in terms of either Tax Increment Financing or Chapter 100 Tax Abatement, and both projects have gone above and beyond expectations and revenue projections.

The City of Liberty has a strong industrial base, Mayor Lyndell Brenton reports, “We are adding about one million square feet of industrial space in the south part of the city and an 180,000-sq.-ft. building is proposed on property that the city owns in a larger industrial park on the north side of Liberty. In addition to that, we are working with KC Tech Academy to provide training for students and existing employees to improve the labor force in the Metro area. Eventually, KC Tech Academy will build its own state of the art facility here in Liberty. Two of Liberty’s largest industrial employers are the Ford Stamping Plant, providing close to 400 jobs, and Magna International that builds automotive systems for Ford and GM and employs about 700 people.”

In the last five years, the city has invested heavily in its infrastructure – roads, sewers, water, as well as parks. Some projects have recently been completed, while others are in progress. Three of the interchanges that feed the city have undergone upgrades. The first, the interchange at I-35 and Hwy 291 was upgraded five years ago; the second, at I-35 and South Liberty Parkway in Liberty’s neighboring Pleasant Valley, was completed in 2016, then in 2018 South Liberty Parkway was extended from Withers Road to 291 creating a major east/west connection between I-35 and 291. Today, work is just finishing on an expansion of the interchange at I-35 and Hwy. 152 which was a cooperative project between the City of Liberty, Missouri Department of Transportation and the City of Kansas City, Missouri. 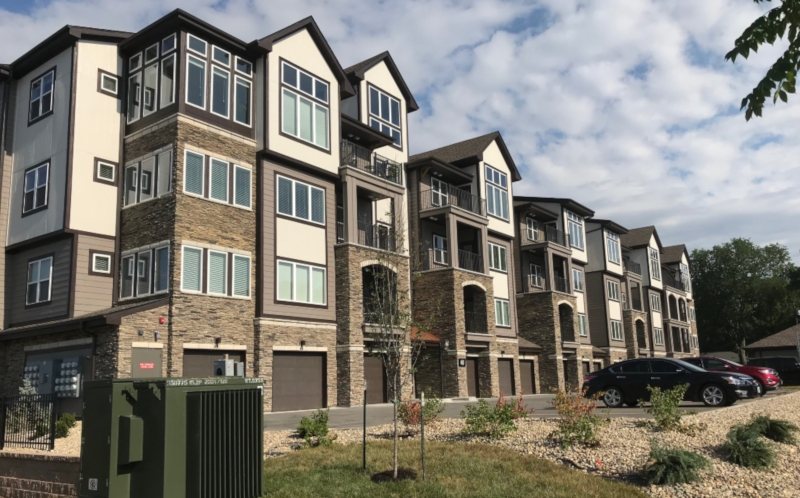 With all the growth happening in the City of Liberty, the City Council invested in a new Utilities Operation Center and Wastewater Treatment Facility so that Liberty could be self-sufficient in treatment of water for residents. The plant was completed in 2018 and has the capacity to accommodate all possible growth within the city’s boundary.

And that’s not all, as a part of the voter approved use tax, the city just opened a new animal shelter; a project spearheaded by a local veterinarian who recognized the need to upgrade the existing facility. Also included in the upgrades funded by the Use Tax are many improvements to Liberty’s park system and the Liberty Community Center.

BJ Staab, Parks & Recreation Director, speaks about Liberty from the active lifestyle perspective: “Part of the money collected from the city’s use tax was allocated to fund three Parks & Rec projects. The first is upgrades to 10 neighborhood parks, where we asked the residents what amenities or improvements wanted to see in their parks. Those projects are underway and will be finished this year. In the second project, a complete rejuvenation of City Park, includes an inclusive playground, new sprayground , shelters, restrooms – a whole new look. The third project is an expansion of our 28-year-old Liberty Community Center. We have added two family locker rooms with direct pool access, as well as an outdoor pool amenity (an aqua zipline) and an additional fitness space on the back side of the community center to expand our fitness opportunities for members.”

Within the parks system, Liberty also has an impressive sports complex with nine baseball/softball fields, six soccer fields, fishing ponds, and walking trails on about 146 acres. “We have just upgraded the ball fields to synthetic turf,” says Staab. “That complex is used by our local residents of all ages, for a variety of teams and sports leagues. And it’s also a regional and national destination for tournaments, both youth and adult. We have five fully-synthetic turf fields and four that are infield-synthetic only. This extends our playing time at least another two months in a season, when we don’t have to worry about the fields drying out from snow. We’re the first in the Kansas City area to have synthetic turf on public fields.”

In another project, Liberty partnered with MC Power for solar arrays throughout the city. Phase one was completed in 2019, with solar power at the sports complex and city water well fields. And with phase two this year, the community center, parks maintenance, public works, fire stations, city hall, and other city buildings will be getting solar, as well – a very big and welcome initiative.

Lastly, Claire Rodgers, City of Liberty Marketing and Special Events Supervisor, chimes in on the importance of bringing visitors to this beautiful, historic city. As she explains, “The Visit Liberty tourism program was created to increase the tourists visiting Liberty, make tourists out of our own residents exploring something new, and improve the guest environment in Liberty. This includes new wayfinding and destination marker signs with directions to public parking, providing funding for public art, support for local events, including Liberty Fest and Hometown Holidays, and provides funding for marketing campaigns and promotion of attractions.”

With so much happening and about to happen, the City of Liberty is certainly creating its own wonderful legacy for generations to come.