For many years, despite Lakewood, Washington’s rich history and a seemingly endless bounty of natural amenities offering everything from rustic relaxation to adrenaline filled adventures, the city was considered a bedroom community for nearby Tacoma and Seattle. In recent times, the current city council and the community began working toward strengthening Lakewood’s own identity and creating spaces for the community to gather, to celebrate, and to host festivals for the entire city. However, they still believed most people would always leave for work.

Cue the COVID-19 pandemic, and while it negatively impacted so many economies, people, and families, Lakewood saw it as an opportunity to become a destination and not just a place where its residents slept.

John Caulfield, the City Manager, says he knows the pandemic has caused a lot of uncertainties, but in Lakewood they’re choosing to look at the glass as half full. He shares, “We view what’s happened recently, and what continues to occur, as opportunities. A lot of this disruption that’s occurred – the remote work, the reduced commute times, the increased online consumerism – has actually created the exodus of people from major urban areas into suburban areas such as Lakewood. We view that as a huge, huge opportunity. We actually believe that we can take advantage of that by people not just coming here to live, but also working here and bringing their business here.” 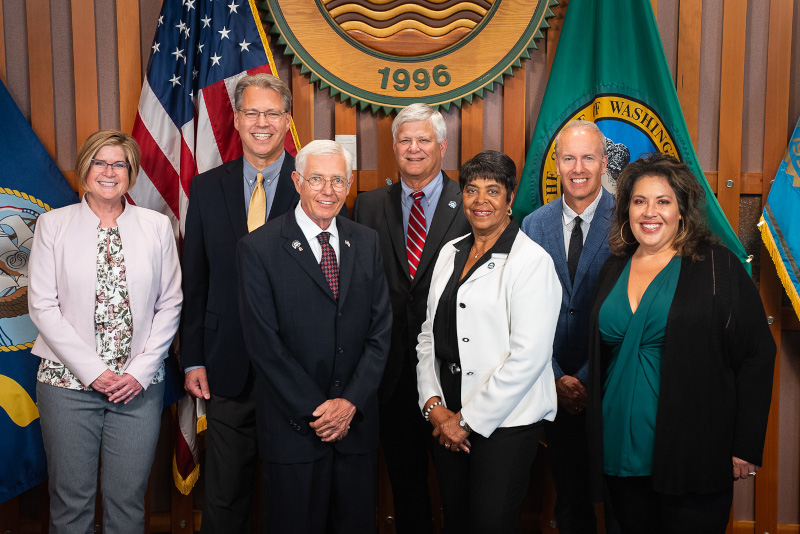 The young City of Lakewood, which formally incorporated in 1996 in Pierce County, has already seen population growth since the pandemic began with new residents bringing the population to nearly 64,000. Lakewood is a little under 10 miles from Tacoma, WA with a bus taking just 14 minutes. Lakewood is also only about an hour from Seattle, giving residents access to big city amenities, without the hustle and bustle added to everyday life.

The British who first settled the area left a legacy that saw mistreatment of the local indiginous population and this is a legacy that the city of Lakewood does not condone. The city has gone to considerable length to make up for this part of the region’s history. Now, the city is working to repair its relationship with the Nisqually Indian Tribes by incorporating the story of their people at Fort Steilacoom Park. Caulfield says, “We work very, very closely with them, as a matter of fact, we are currently working with them to recognize their ancestral homelands here at Fort Steilacoom Park, by incorporating some art and some signage, as well as recognition of their Chief Leschi here in Lakewood.”

The city was incorporated in part to improve public safety, to reign in zoning issues, improve the parks, and to provide a sense of place to, at the time, fast-growing South Sound community. Caulfield believes in their 26 years they’ve more than exceeded expectations and emphasizes, “Not only have we achieved that, but I would say we have exceeded those expectations of incorporation. Today Lakewood is much safer.”

Becky Newton, Lakewood’s Economic Development Manager, reports that in recent years the city has pinned down a number of industrial development projects in their 150-acre Lakewood Industrial Park, as well as a few warehouse and distribution centers. They are also building out the new Woodbrook Industrial Park, which has 1.8 million square feet of usable space and is planning to add up to 300 more square footage. That park now hosts a large Amazon distribution center, Schylling (a well-known toy company), GEODIS, DAMCO and others. Newton explains, “We worked in partnership with the Port of Tacoma, seeing that this was a big need coming forward, and so that is now coming to fruition. We’re also seeing quite a bit of other industrial development in other areas within Lakewood.”

Lakewood is also working to develop in-fill in the downtown area with mixed-use residential and commercial density development. Many restaurants have come into the Downtown Business District over the last few years and the city has worked diligently to create a downtown where residents and visitors can gather; to create spaces like a festival street at the heart of one of its original shopping centers from the 1930s. They also hope to build a green park downtown and are working with the property owner KITE to do so. Newton noted that Green Street Loop will connect the festival street space to the Lakewood Towne Center. The city is also collaborating with the Pierce County Library System to either have the current library renovated or to have a new library constructed that could possibly house a community center as well.

In the Lakewood Station District sub area (which hosts the transit terminal that takes commuters to and from the larger cities), there is an 11-acre residential development which will have townhomes and multi-family units totalling over 600 units along with a park. Mayor Jason Whalen says they are planning more than 4,000 residential units downtown and in the Station District. The Pierce County Regional Council’s Vision 2050 growth management plan states the city should plan another 9,000 units to accommodate a projected population of 86,000.

Mayor Whalen emphasizes, “Lakewood needs to maintain its characteristic as a vibrant residential area with beautiful homes around the various lakes in Lakewood that people very much enjoy. But we have to grapple with the concept of density and the way we have done that, for example, is to plan the Station District and the Central Business District as indicated, but also to allow increased density in certain residential zones using concepts such a cottage housing, accessory dwelling units, some density bonuses and the like. What Lakewood probably won’t be seeing is the abandonment of single family residential zones in the city.” 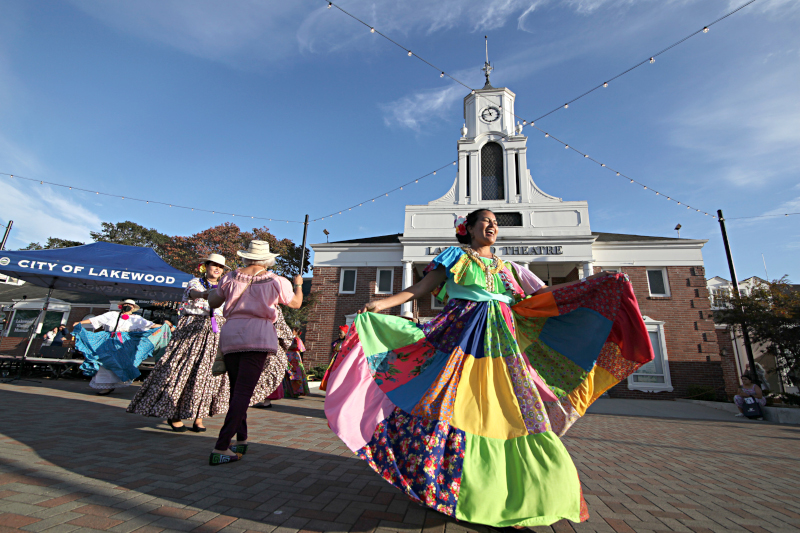 The fairly new city thrives on partnerships to keep things moving smoothly and although it doesn’t own any of its utilities, it has big plans and makes use of its outstanding relationships. According to Caulfield, they rely on their federal delegation, state legislators, and congressional delegation, to name a few. He notes, “At the federal level, we have worked with our delegation to create the Defense Community Improvement Infrastructure Program (DCIIP) which originated here in Lakewood, and the purpose of that program is for the federal government to provide money to communities that have impacts as it relates to their military installations. That’s a federal law that came out of Lakewood in the last few years. Likewise, at the state level, we work very closely with our state delegation on a number of issues that are important, not just to our communities but to cities in general. Lakewood is viewed as a leader in that area.”

The city is partnered with more than 100 different institutions and agencies. They also have a youth council to help prioritize issues for young people. “It’s been fantastic to be able to get the youth’s perspective because really the work that we are doing today is for them,” Caulfield says.

In terms of planning for the future, Lakewood is ahead of the pack and was just awarded a Judge’s Merritt Award for their work on climate change planning within their comprehensive plan, which includes 89 action items. Looking ahead, Whalen hopes to continue to strive toward maintaining and improving a great city. He states, “My central reason for running to be on the Lakewood City Council some 16 years ago, was to make Lakewood a vibrant, family-friendly community. And again, going back to the sense of identity in the downtown core, I really want to see that downtown park come to fruition, hopefully co-located with a new Lakewood library, along with enhanced walkability through the improvements we are working on.”

The city has already seen tax revenues increase and permit values increase from $50 to $60 million to $160 million in the last few years, which Newton hopes to see continue. Caulfield is hopeful, as well, and knows nothing happens without support of residents. He shares, “At the local level, at the neighborhood level, the amount of volunteerism and civic engagement here in Lakewood is second to none – whether it’s service clubs or whether it’s neighborhood associations or whether it’s groups who have adopted a park, or adopted a street, it’s absolutely remarkable the number of folks who want to work on making Lakewood, not only the great place it is, but just improving it and making it even better.”

What: A young, community-focused city; population 63,612

Clover Park School District provides a rigorous, student-centered public education for children in Lakewood and on Joint Base Lewis-McChord. Students engage in hands-on learning and innovative programs to explore their interests and build a strong foundation of academic success. We develop future leaders who graduate career, college and life ready.