Just weeks after the American War of Independence broke out, soldiers of the First American Regiment built a fort along the Ohio River to protect surveyors drawing up the map of this new country. They named the fort in honor of Baron Friedrich Wilhelm von Steuben, a Prussian Military Officer who was monumental in helping to organize the militias and create a modern American army.

As the years went by the fort became a town and before you knew it Steubenville, just 33 miles west of Pittsburgh, was the county seat of Jefferson County, Ohio. With a population of just over 18,000, Steubenville was originally a river port for the local farms. As industrialization took root the town became a coal and steel town. It is also the home to a world-class Catholic university, The Franciscan University of Steubenville.

For those traveling by air, the Jefferson County Airpark provides first-class amenities and services set on welcoming you to this beautiful area. Although the land was used for a runway since the 1940s to survey coal mines, the airport is relatively new. In 1992, a group of pilots decided that an adequate airport was essential for community growth and worked with the Jefferson County Board of Commissioners to realize their dreams.

Today, Jefferson County Airpark sits on 350 acres of land and has a 5001-foot paved runway along with a modern terminal with a 24-hour pilots’ lounge. The county operates as its own FBO with a self-serve fuel farm overnight for both AV-Gas and Jet Fuel, with tanker truck delivery during the day. It has become what the founders dreamt of, generating $11 million worth of revenue for the county, and businesses related to the airport provide over 60 jobs. 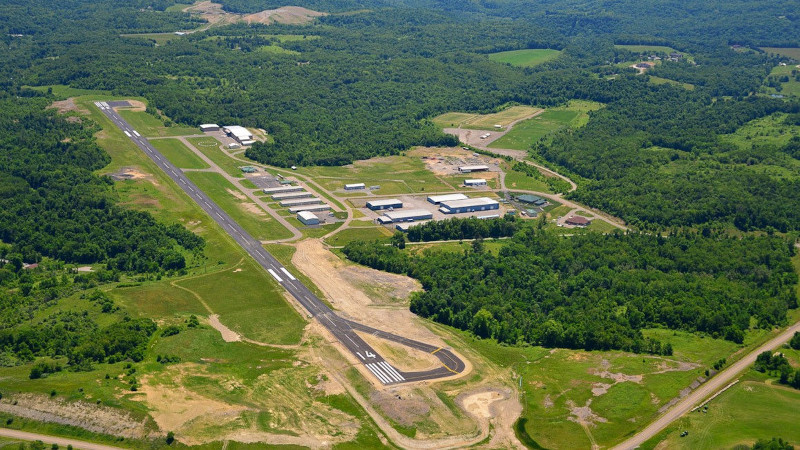 Bates Brothers Amusements was one of the first tenants to take a risk on the new airport, creating both ARM and American Superior Lighting as subsidiaries when air travel increased the business so dramatically. “One of the biggest things I would like to accomplish,” says Thaxton, “would be to position ourselves as an option for corporate air travel in and out of Pittsburgh. Being only 33 miles away can be a real advantage, especially for businesses on the western side of Pittsburgh, because we have less congestion and an excellent location.”

To this end, a lot of the capital improvements have been focused on attracting corporate clientele. “We have just finished construction on our latest box hangar, which is over 12,000 feet, divided into six separate box hangars. The facility attracted several new tenants,” says Thaxton, “and others have expressed interest.”

With FAA and Ohio Department of Transportation grants, the airport has managed to make other improvements, as well. There are brand new LED taxiway and runway lighting systems. This year will see a project that’s not as flashy but will have a major impact – that is new perimeter security and wildlife fencing. Behind the scenes, the airport crew also keep maintenance and snow removal vehicles equipped. With a staff of just five, Jefferson County Airpark manages to stay open 24/7.

“As we improve, we are actively trying to go after a specific market – the guy that needs a little more space,” Thaxton explains, “He wants his own hangar, but it doesn’t need to be a huge corporate type, 10,000 square foot hangar to himself. We are seeing mostly this type of customer looking for space – the people who have outgrown the community hangars and need more security or space. In our case that has been business owners, who own small business class aircraft. We just saw this hole in the market, and we really seem to be fitting that niche well. The market is always changing. We have some long-time pilots aging out and we have some new younger pilots, all of whom are looking for different things. We must actively choose how to pursue the different markets.”

Another indicator of the need to focus on business travel has been the growth of the regional economy in general. More and more businesses are opening and expanding, and in the wake of that growth the tide rises on the airport’s economic growth, as well. To put it simply, there are more planes. “Which again means that we have to offer better rates, better service, all the incentives to help make the transient business client want to make us their home base,” says Thaxton. “We are actively pursuing aviators to help them see the advantages of Jefferson County Airpark.” 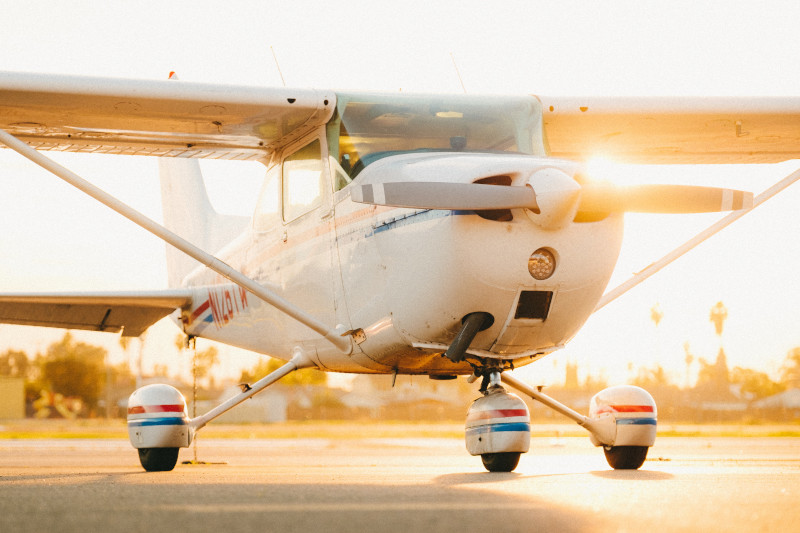 At the same time, Jefferson Airpark has been engaging the community in a variety of ways. There is an active relationship with the Jefferson County Visitor Centre in that both organizations try to promote each other, utilizing the resources of each to help grow the other. This year saw the return of the “Thunder in the Ville” fireworks festival, a local tradition that the pandemic got in the way of for a few years. On the last weekend in June, fireworks are launched out at the airport and this year brought in thousands of people – it was a monumental success. While waiting for the fireworks, attendees also got to enjoy a car show, music, vendors, and food. It was a carnival atmosphere that brought people together but also showcased the location and abilities of the airport. This will be a yearly event from now on.

“We also just had an event where our EPA, the Young Eagles Flight Club, had over 60 kids come out and take a flight for free,” says Thaxton. “That was also a major success. On top of that, our local Steubenville High School has an aviation program. It’s an incredible program where students can come out of high school and be at least close to ready for their pilot exams. This means by the time they graduate they have a basic knowledge of aviation and probably even some flight time under their belt. They would be ready to begin a career in aviation. It is always on my mind to try and get it out there to the young people that you don’t have to own your own airplane to be in aviation. There are a ton of different routes you can go, and we are trying to make kids aware of that. They can be anything they want to be in aviation; they just have to apply themselves.”

Thaxton goes on to discuss the lack of flight schools and the general lack of flight instructors in the industry and the impact this is having. This crucial part of promoting aviation has also been hit hard. He notes, “At every level, there is a need – if more young people knew that perhaps more would take it up.” This leads him to conclude that in the near future this is the main thing the airport needs to secure.

“I still believe that with a flight school and a maintenance department we would be able to offer everything a pilot would want,” says Thaxton. “That is really my main goal for the next few years.”

Where: Near Steubenville, Ohio