Putting the pieces together

Business View Magazine interviews representatives from the Clintonville Municipal Airport, as part of our series on regional American airports.

The Airport got its start some years after the Four Wheel Drive Auto Company, often known as just FWD, was founded in Clintonville in 1909 by Otto Zachow and William Besserdich. According to Mike McCord, a former Airport Manager and current Airport Consultant, the original four-wheel drive trucks developed and built by FWD, were an object of intense interest by the U.S. military and other private concerns, so much so, that the company decided to create a small landing strip in Clintonville for visiting representatives and dignitaries, interested in exploring the new technology.

“As the need progressed for a better airport, the city purchased some farmland and in the late 1930s and early ‘40s, we created a municipal airport,” McCord recounts. “It was used extensively by the FWD, the military, and other businesses involved with the manufacturing of those trucks that the military contracted us to build for them during World War II. The Airport grew and we developed three improved runways – two asphalt and one grass. And then, we became a popular airport for recreational aircraft, as well.” Today, FWD, which became the Seagrave Group, makes specialized, high-end fire trucks, employing about 400 people in Clintonville.

Another interesting bit of history linked to the Clintonville Airport is reflected in an historical marker erected on the border of the airfield:

It was here in Clintonville that Wisconsin Central Airlines, now known as North Central Airlines, was founded in 1944. Fostered and promoted by the Four Wheel Drive Auto Company, the airline was an outgrowth of the company’s need for air transportation. Four Wheel Drive had been operating a non-scheduled airline service to Chicago for months before making application for scheduled airline service to the Civil Aeronautics Board in June, 1944. Since beginning service on February 1, 1948, with a fleet of three nine-passenger twin-engine aircraft, North Central has become one of the largest of the local service air carriers in the country. Its routes provide the basis of Wisconsin’s airline system serving all of the state’s air carrier airports.

Today, Clintonville is a GA airport, only, and home to about 30 general aviation aircraft and several aeronautical-based businesses, including Airtronics, which is focused on electrical services needed for avionics and aircraft radio systems; Birds Eye Aviation, a company that shoots aerial photography; and Lumanair Aviation Services; which services pilots in renewing their flying certifications. 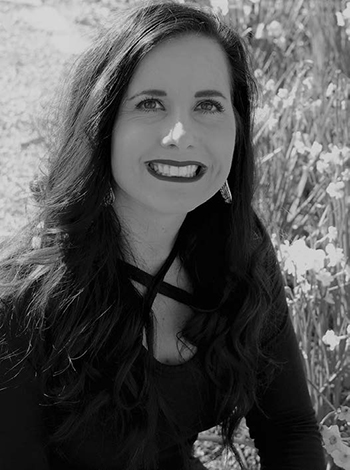 Caz R. Muske is the Assistant City Administrator for the City of Clintonville, and the current Airport Manager. She believes Clintonville’s history is an important asset that should be amplified in order to attract new tenants and more GA aircraft to the Airport. “I feel owning our historic identity is key in making visitors, existing businesses, and lessees understand the significance of our Airport,” she relates. “Reiterating our historic past and focusing on enhancing the relationships currently at the Airport will create more activity. Also, knowing we are the birthplace of an airline is a pretty powerful driver.”

History aside, both McCord and Muske believe that Clintonville already has several distinct advantages over the surrounding small airports in their part of Wisconsin – one of which is some of the lowest fuel prices in the state. “The fuel system that we offer people is very high-end and modern,” McCord notes. “It’s credit card, with 24/7 access to individuals, and we offer both LL-100 and Jet-A fuel. Also, if a pilot has a problem at the Airport, maybe due to weather or a glitch in a computer system, we can accommodate them very quickly. We have a lounge that is available with both restrooms and showers 24/7 for pilots, and a courtesy car at no cost. So, we try to accommodate any guest that we have.”

Regarding hangar space at the Airport, Muske says that there is no physical waiting list, but there is a demand, with calls often coming in to lease space. Historically, she recounts, the Airport has built its own hangars, and currently owns three, with one on the market for sale. “We haven’t built a new one in a very long time and have done minimal maintenance due to budget restraints. Although, this year we built a new snow removal equipment building” she reports. “Our vision is to sell a few assets we currently have to remove our high-demanding maintenance responsibility. Then, start fresh by planning to build new hangars, with depreciation in mind, and start leasing again building our sustainability. We recently demolished an old hangar allowing space for the opportunity of a new hangar. Currently, we have an EAA Chapter Fly Club looking to potentially build on that spot. They’re looking to submit the building plans before the end of the fall.”

Long-term, Muske says the City is still working on the Airport’s Capital Improvement Plan which extends to 2028. “We’re looking at planning maintenance for our existing hangar that houses our pilots’ lounge,” she says. “We’re actually utilizing some CARES Act funding, this year for our lounge and some outdoor amenities. For the lounge, we’re working on new flooring and ceilings. Then outside, we’ve updated our fuel station signage and plan to install a new gate system. The new gate system is going to be a great amenity which allows users to have key card or keypad options and will be added security for our existing lessees. Regarding our CIP, there’s also discussion about extending one of our runways to have the capability of landing larger aircraft.”

“I feel our main objective at our Clintonville airport is to cultivate relationships to revive a once viable and active place,” Muske says in conclusion. “We’re slowly putting those pieces together, but we’re not there yet.”

WHERE: Southeast of Clintonville, a city in Waupaca County, Wisconsin