Despite the name, Eastland, Texas sits in the northern central region of the state, some 96 miles west of Fort Worth. The city traces its roots back to 1873 and its independence from Mexico. Named in honor of Captain William M. Eastland who fought in the battle of San Jacinto, Eastland is the county seat of the namesake county. For Eastland, along with the other towns in the county – Cisco, Ranger, Gorman, Rising Star, and Carbon – everything changed in 1917 with the discovery of oil.

Today, Eastland is a small city of 4,000 people along Interstate 20 that features a mix of business, industry, and agriculture. It is also a popular recreational area with four golf clubs, three beautiful lakes, hunting, fishing, hiking, and boating.

“Our airport was built in the late 1940s,” says Bode Zietz, Airport Manager and owner of Eastland Aero, the FBO for Eastland Municipal Airport. “A lot of veterans settled this area for farming. It was a very small airport for a long time, but in 2009 we started upgrading and improving things.”

There seems to have been an “if you build it, they will come” attitude that literally just took off at Eastland Municipal Airport. In 2009, the runway was lengthened and reengineered, making it 5,001 by 60 feet and able to accommodate larger aircraft, a few of which are based on-site. In 2015, they officially opened the Troy Taylor Terminal in honor of one of the area’s well-known pilots. It is a modern two-story building with a conference room and pilots’ lounge. The airport also recently erected a deer fence around the entire property to provide security for and from wildlife along with a full weather 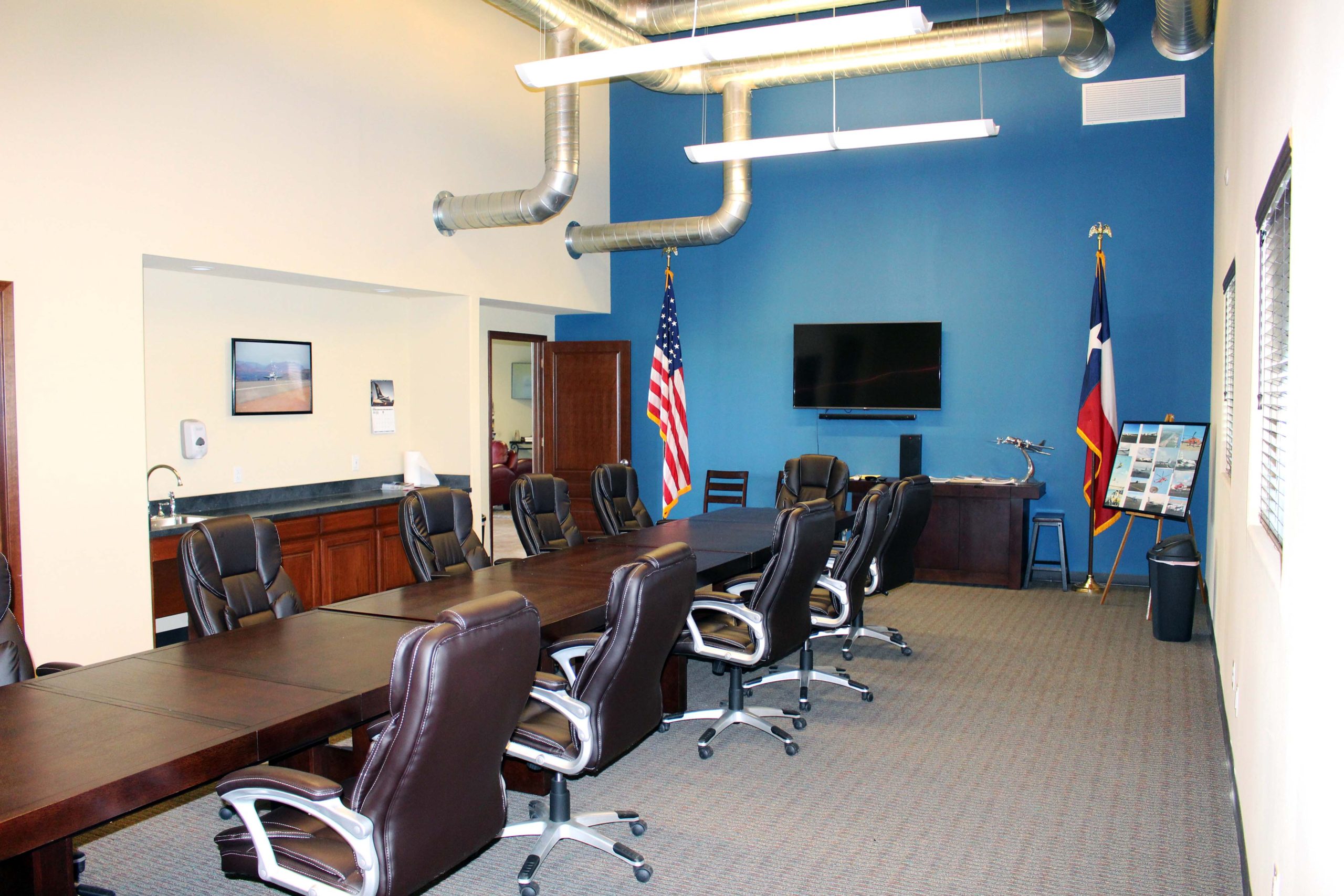 Zietz reports, “We have about 31 aircraft based here. We also have an Air Evac helicopter base that supports the hospital, which is a little over two miles from here along with periodic landings from a King Air Medivac fixed-wing aircraft. In addition, we have several businesses that use our airport as their base for flight operations, and some of the local folks who work for the highway trucking industry use our conference room for meetings. Mira Enterprises, a very successful local company that does renovation for fast food restaurants across the country has its headquarters in Eastland and uses our airport. They constructed our terminal as well. Then there is EBAA Iron Inc., the county’s largest employer. They operate an iron foundry and manufacture pipe joint restraints and flexible expansion joints for the water and wastewater industry. EBAA bases their aircraft here and bring in customers from all over the country to see their facility.”

Of course, growth means the necessity of more hangars, a perpetual problem for regional airports. Eastland has a large community hangar for transient flights, since weather can build up fast in the region it is nice to be able to accommodate traveling planes inside. Eastland Municipal also has 25 T-hangars on the property as well as two large corporate hangars. Zietz, an A&P mechanic, himself, runs his FBO, Eastland Aero, from an onsite maintenance shop, where he offers aircraft inspections and repair.

“One of the entities that we support here at the airport is the National Forest Service,” says Zietz. “During fire season, they base helicopters and other aircraft here at our airport for quick fire response. Currently there is a S61 Sikorsky helicopter parked right outside my window. The National Forest Service has been on standby here at Eastland Municipal Airport during the extraordinary fire season that Texas has experienced this year. This is a big part of what we do, and it helps keep our communities safe.  During the fires in Carbon, Texas in March of this year, we also had the Texas National Guard here utilizing their CH47 Chinook Helicopters to fight fires alongside the firefighters on the ground.”

Zietz is well experienced in all things aviation, being a former U.S. Marine and aviation crew chief. He shares, “That might account for the fact that we also get a lot of military helicopters who come through our airport. They know if they land here, they can get the same service they would get at a military base.”

The Eastland Municipal team works closely with local organizations including the City of Eastland, Economic Development Corp and the Lions Club in terms of planning and setting the direction for growth of the airport. According to Zietz, “Our terminal never would have happened without them.”

When it comes to sharing his passion for aviation, Zietz has been mentoring a young man out of the State Technical College in Abilene. “He is taking aircraft mechanics and has been working with me for several years,” Zietz explains. “We are always trying to do things to help anyone interested in aviation and to promote it as a hobby and a career. We really need to be doing that more, as we are looking at a huge shortage across the industry. We also do some community events.  One is the annual Pancake Fly-in that supports a local charity and takes place in conjunction with the local Experimental Aircraft Association chapter, who take young people up for a flight.  That is exactly what got me interested in aviation to begin with.“ 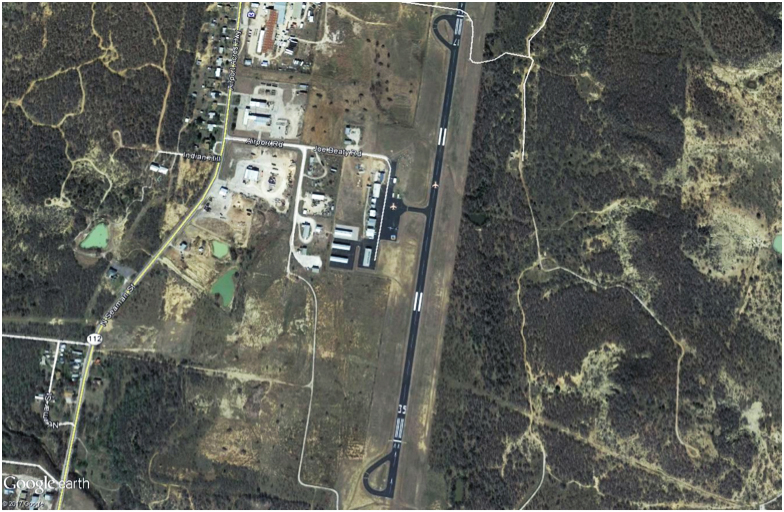 Eastland Municipal Airport has a master plan and along with their Engineering Firm of Record, Parkhill Engineering, they are cycling through the projects to modernize and upgrade the property. On the wish list for the next 10 years is expanded ramp space, a parallel taxiway, and more. The next project, however, is a ramp extension. Planning is in the final stages and construction should start by the fall of 2022 and the project should take six months. This will make it much easier for aircraft to maneuver on the ground, while also creating two stub taxiways that would allow a complete parallel in the future. All of these enhancements are designed to make it easier for pilots, but also to make it safer.

“One of the biggest challenges right now is inflation and fuel prices,” says Zietz, “everything has slowed down, especially for recreational flyers. Hopefully that will change soon and the industry will recover.”

Zietz adds, “There is also conference room and terminal space for aviation education. That has been a really big deal because it brings people into the airport, it increases our visibility, and lets folks know what we have to offer. It also creates a place for people to come in, do business, and see what Eastland has to offer as a community – which in turn is going to help us all grow. Having a great facility and treating people as best we can go hand in hand with helping economic growth. We offer a modern space with clean restrooms, Wi-Fi, all the conveniences you could need, and it helps put our community in a good light for people who visit.”

Summing up his outlook for the future of the Eastland Municipal Airport, Zietz acknowledges, “We want to grow and prosper. It is not just about making it look good – we want everything we do here to be solid and provide a jumping-off place for further growth. This is the open door to our town and whether you are on vacation or flying for business, we want you to know that Eastland Municipal can accommodate your needs. It is easier for us, because you don’t have to deal with the traffic, congestion, tower needs, and other realities of the big city airports. Eastland Municipal Airport is a great place to stop and refuel, enjoy a local restaurant, and enjoy our Texas hospitality. It is simple, it is convenient, and everyone is welcome.”

Where: Eastland, Texas in the I-20 corridor between Dallas-Fort Worth and Abilene

Based in Eastland, Texas, MIRA Enterprises, Inc. is a family-owned company that specializes in ground-up commercial construction, as well as commercial remodeling and Point-Of Sale technology sales, installation, and support. Licensed to operate in over 30 different states, the MIRA team have completed outstanding projects across the U.S. These include building Sonic Drive Ins, Slims Chicken, and commercial office buildings. MIRA is located on property beside the Eastland Municipal airport, and have received kudos for their design and construction of the airport terminal.

MIRA is known for the exceptional quality of work they perform, the professionalism of their employees, as well as their after-the-sale support. The company has enjoyed strong annual growth, having earned a reputation for trust and quality based on their accomplishments, without the need to advertise. They succeed solely on repeat business from existing clients, and word of mouth from existing clients to new clients.

Incorporated in 1990, MIRA has grown over the years into the company they are proud of today through hard work, the vision to keep up with current technology, equipment and trends, and the ability to maintain a positive and ongoing relationship with their many satisfied clients.

Eastland is a thriving community in the heart of Texas between DFW and Abilene with 6 hotels, 5 RV Parks, 29+ restaurants, and numerous retail options. There are two lakes, an award winning hospital, and a highly successful school district. The Eastland Economic Development, Inc. is at the forefront of growth in the community by assisting new industries and partnering with the Eastland Chamber of Commerce to expand retail offerings.