Coeur d’Alene Airport is a county-owned, public-use airport located in Kootenai County, Idaho – nine miles northwest of the central business district of charming Coeur d’Alene, often called Lake City. Situated on the shores of Lake Coeur d’Alene, the city is in the heart of beautiful scenery, hiking trails, and pristine waters, just a short drive away from National Parks, ski resorts, camping, and cabins. In fact, this is a vacation paradise. And Coeur d’Alene Airport, also known as Pappy Boyington Field, makes paradise even more accessible.

“It is a summer airport really,” says Steven Kjergaard, Director of Coeur d’Alene Airport, “We are not a commercial airport, the market is quite different and we cater to the small general aviation fleet and the corporate aircraft, as well as the Forest Service tanker aircraft.” The airport began life as a fighter and light bomber training base for the Army Air Corps in 1942. It was only the second Delta configuration air base ever built – an interesting design where the runways create a triangle, thus centralizing the facility. Although the Airport still maintains a similar configuration, it has grown and changed continually over the years to become a large and busy general aviation airport. Today, Coeur d’Alene is home to 225 aircraft and has a waiting list for hangars. 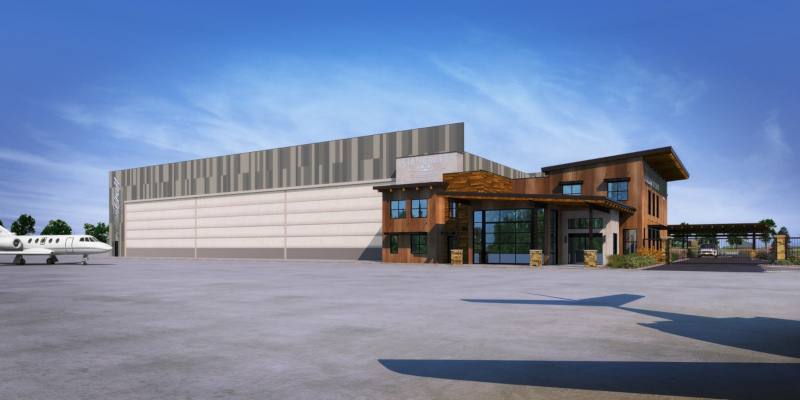 “The airport continues to grow and be busier,” says Kjegaard, “and we are actually running out of space for small scale hangar development. We do have additional space and land that we can develop, it is just that, as with any airport project involving federal money, it takes a while to start planning. We went from having about 20 plus hangar spots vacant a year ago, down to one left of our small 60 X 80 size hangars. As it sits today, we have about 130 leaseholds.”

Kjegaard muses that while the Covid pandemic did affect the airport drastically in the early parts of the new year, it really picked up after that. “Most of our traffic is handled between May and September anyway, and we set records in terms of fuel sales and service of aircraft operations. It was just an extremely busy summer which was very interesting and very heartening to see. I have a feeling that was primarily due to people still wanting to get out and go on vacation. You can get lost here in Idaho and there certainly is room to get far away from each other.”

There are also two non-aeronautical businesses on the field. One is a composite parts manufacturer, and another is a facility that makes surge protectors. The Airport is beginning the process of developing an additional property that is not tied to the aeronautical sector. It is also working with the city to develop an 80-acre business park in the area, while actively pursuing new businesses. There are two Fixed Base Operators on the airfield, one is StanCraft Jet Center who are in the process of finishing a 30,000 square foot hangar, and are creating a 15,000 square-foot FBO terminal. They also they have a 15,000 to 20,000 square foot area of shops behind the terminal that they continue to develop. This is the largest investment the airport has ever seen and is a very good opportunity for both the airport users and the community.

“Resort Aviation is our longest serving FBO on the field,” adds Kjegaard. “They have been a cornerstone of this airport for almost three decades and continue to provide great service to anybody and everybody that they can at the airport. We have a great partnership with them, as well as with Empire Airlines. This is the headquarters for all of their operations and their maintenance base. They do a lot of work with ATRs and prop-driven aircraft that you see for commercial aviation. But they are also a major tenant on the field as well as a major employer for the region because they have quite a few mechanics, pilots throughout the country, and operate Ohana Air to service the Hawaiian Islands. The airport has really supported their initiatives for getting new pilots into the industry.” 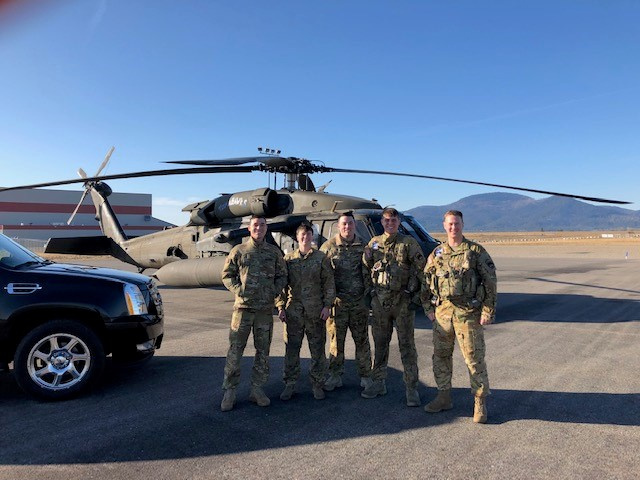 Coeur d’Alene Airport recently finished a Master Plan update in which several necessary and desired improvements were highlighted. It begins with a need to decouple the runway ends of 24 and 20 that are in the old Delta design configuration. The FAA has determined they are no longer safe, so over the next two years, they will be looking at decoupling them and shortening Runway 20 to meet standards. They will be leaving the primary Runway 6/24 – 7,400 feet in length – long enough to accommodate any large aircraft arriving or departing. Funding for this should see the work underway by 2023.

“We are doing a couple of other projects as well,” says Kjegaard. “One is an expansion of hangar development and overall plans for the future. We are just about wrapped up before winter sets in on a new taxi lane development for large scale hangars on the Airport, anything above 10,000 square feet. Its located on the North Side behind StanCraft Jet Center. Were also in the process of planning and designing a new airport administration, meeting space and snow removal facility. This will allow the airport to serve everyone in the winter that operates in and out of the airport. The truth is that have a decent amount of land that we own. Where we have run out of space we can extend a taxi lane. We could repurpose a roadway into becoming a taxiway and do another 18 or so hangars there. We also have a lot of land on the north side of the airport it just has very minimal development right now. We have to install all the infrastructure from the taxi lane, the sewer, water, power, telecom, but then it is ready to go.”

Like every small airport, Coeur d’Alene has a wish list and goals for the future. Kjegaard muses, “We always wish we had more land, more pavement, and more tenants. And that is something we are definitely working towards. We are driving towards making this the best airport we can, while serving the Pacific Northwest as much as possible. We can accommodate any aircraft and there is so much to see once you get here. You can drive to 13 lakes and rivers, ski mountains, an amusement park and, if you are a golfer, Coeur d’Alene is the home of the famous ‘floating green.’ Not to mention the Coeur d’Alene Lake, and anything in northern Idaho. This is the place to come and be surrounded by the beauty of nature.”