Watertown Regional Airport – On the Rise!

Business View Magazine interviews Todd Syhre, Manager of Watertown Regional Airport, for our focus on the Growth of General Aviation at U.S. Airports

Nestled between the shores of Lake Kampeska and Pelican Lake, the destination City of Watertown, South Dakota has ample assets to offer tourists. No wonder then, that the Watertown Regional Airport is kept busy!

You could be flying in to view a piece of work by Terry Redlin – arguably America’s best wildlife painter –  at his art gallery, or popping in for a walk around the Bramble Park Zoo, shopping in the booming boutique downtown area, exploring the historical background of the region at Codington County Heritage Museum, or participating in a weekend pheasant hunt. Whatever your desires, South Dakota’s Rising Star City is the perfect place to satisfy a wide array of tastes.

When flying into Watertown Regional Airport, passengers and pilots are greeted by four pristine concrete runways. It is home to over 60 aircraft, including three jets and a handful of rotary wing planes. 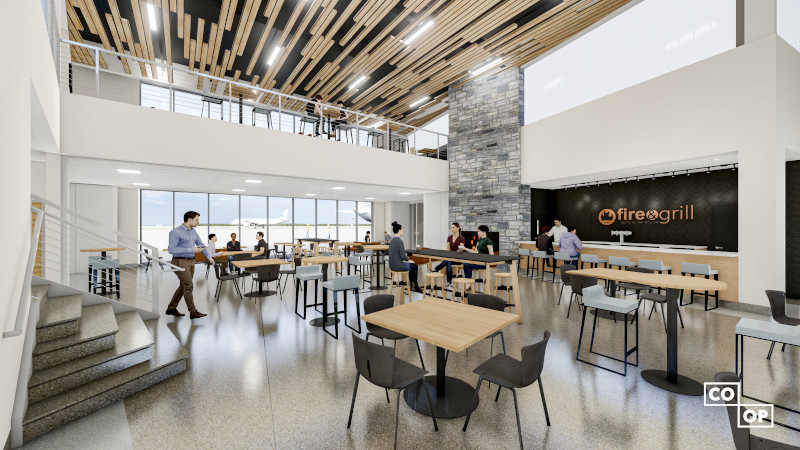 Currently, the main carriers are SkyWest Airlines and Key Lime Air (serving as Denver Air). Both of these carriers fly to Chicago and Denver on a daily basis, in and out bound.

Watertown Airport is still involved in extensive renovations, although June 2022 is the expected completion date for all projects. Syhre reports, “We are going to have a restaurant at the airport, where off the street visitors can take in the sights and sounds of a working airport, while those travelling through can order drinks and meals while waiting at their gate.”

There is also a list of projects that the airport is planning to get underway, such as completing a new taxiway for the runway and building a new maintenance facility. An estimated $12 million has been utilized and sourced from supplemental funding from the FAA and the city’s coffers. The entire timeframe of the project – from start to completion – has been marked out at three years.

More good news: The fixed-base operator, ATY Aviation, is now offering flight school training and Corporate Aviation America (CAA) fueling, which means that CAA members can fill up at Watertown at a discounted rate. This service has attracted new jet clientele to the airport. Also, these individuals enjoy all the amenities such as de-icing capabilities. ATY Aviation also offers pilots access to rental car services during the harsher weather conditions, and the airport is home to a Budget Rental Cars outlet.

The airport’s current terminal is scheduled to be demolished by 2023 to make room for more businesses to set up shop on the grounds. As Syhre elaborates, “This new land will open up the apron for development of the airport for any commercial related operations that want to start operating, whether that’s a paint shop, heavy maintenance, or even allowing an airline to set up shop.”

The field is also home to the Lake Area Technical Institute, which runs an aviation maintenance program, professional pilot program, drone training, and many other outstanding aviation-related courses for students. As an airport involved with the community, an Aircraft Rescue & Fire Fighting (ARFF) station is based on the property – a 24/7 fully-staffed operation providing quick response to events on and off the field for the City of Watertown and the surrounding region. In addition, the South Dakota National Guard has a military shooting range at the airport. 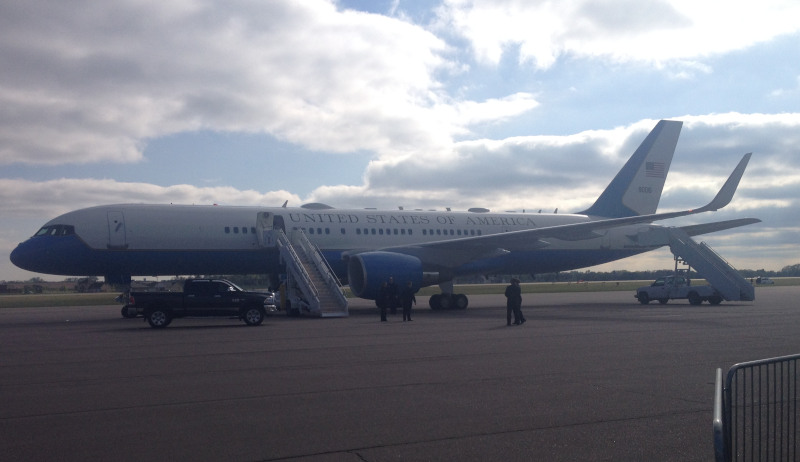 Watertown Regional Airport is in a constant state of infrastructure change and improvements with help from Gray Construction Co. and J&J Earthworks. One of the major new projects kicking off soon is the construction of the new Snow Removal Equipment (SRE) building, which will house vital snow equipment and other maintenance gear that keeps the airport secure and safe. “We’re expecting this project to be completed in 420 days, with the completion date estimated to be in October 2022,” says Syhre.

As with all regional airports across the U.S., there is a need for more hangar space – something which has been included in the construction of the SRE building. A stub is also included with this expansion plan that will provide space for more private hangars to be developed, as there is currently no more space for private owners and for private hangars at the airport. Also on the horizon, in 2024, Watertown Regional has plans to utilize capital improvement funds for building a taxiway for Ag operations including a new area for the Ag sprayers; this is being done so the airport can service more of the sprayers.

While many of COVID-19’s economic problems have been overcome, the next issue for the airport is fuel prices and supply. According to Syhre, “It’s a challenge for the FBO to even get fuel, currently they are ordering twice a week, and they’re taking deliveries as they come.” The supply chain issue has meant that the airport has added an additional 20,000 gallons of storage for jet A. This new capacity means that the Watertown Regional Airport can service many more aircraft. In total, the fuel farm can accommodate 32,000 gallons of Jet A fuel onsite.

As the ‘Gateway to Watertown’, the airport has a great working relationship with Watertown Convention Bureau to maximize opportunities for attracting more visitors to their growing metro. Syhre recognizes them as “amazing partners.” He also recognizes Lake Area Technical Institute, the nation’s #1 technical school, as another key relationship for advancing aviation as a career. The Institute has had long-term success, at one point attracting then-President Obama to fly in for a speech. And with the arrival of the President, the airport welcomed Air Force One to their runway.

Future innovative projects for Watertown Regional Airport include plans for autonomous robots. Currently, management is reviewing FAA language to see if they could tie them into a grant. “Autonomous robots are the future, whether it’s cleaning big or small, they can perform a multitude of tasks,” says Syhre.

As for the City of Watertown, as a whole, Syhre feels the airport is blessed to be tied to it. He notes, “The old campaign line promoting it as “The City on The Rise,” still rings true to this day. I truly believe that Watertown is a city on the rise. If you’re looking for a smaller community with the amenities of a larger city, Watertown is exactly where you want to be.”

Businesses are starting to pop up all over the city, new rejuvenation projects are being completed, and high entry-level wages and a reasonable cost of living have primed the Watertown area – and its airport – for a great future.

What: A public-use, commercial service and general aviation airport

Where: Near the City of Watertown, Codington County, South Dakota

Visit Watertown, South Dakota, and get lost in the art and culture this city has to offer. Take a walk through the breathtaking Redlin Art Center, or a stroll through downtown Watertown to admire the sculpture trail and historic buildings. You won’t want to miss taking in a show or concert at the magnificent, newly-renovated Goss Opera House.
Step away from the city and explore the tranquil beauty of the outdoors. Walk, run, bike, or blade the miles of recreational trail. “Come Closer” as you take a walk through the Bramble Park Zoo, accredited by the Association of Zoos and Aquariums. Play a round of golf on one of Watertown’s two golf courses. Unwind from the day by catching a gold-soaked sunset while fishing or boating on Lake Kampeska.

Not only is South Dakota’s fifth-largest city a hub of art, culture, and adventure, it’s home to more state-of-the-art athletic facilities, meeting spaces, and event venues than any city its size.

Whether visiting for work or play, the team of professionals at the Convention & Visitors Bureau is committed to providing all the tools and resources needed to plan the perfect trip or event. Start planning your trip today at VisitWatertownSD.com.

About Lake Area Technical College: Lake Area Technical College is a public two-year college located in Watertown, SD. The college was selected in 2017 as the #1 Two-Year College in the Nation by the Aspen Institute for Community College Excellence. The 40 acre campus is home to approximately 2600 full and part-time students enrolled in 31 different programs of study both on-campus and online. The college has an 84% retention rate and 99% placement rate for graduates. Lake Area Tech is accredited by the Higher Learning Commission. Learn more at www.lakeareatech.edu