Superior Credit Union is consistently among the top 100 home mortgage lenders in the country, but 2020 is shaping up to be a banner year for the Ohio-based, member-owned financial cooperative. Through the first three quarters, Superior Credit Union has processed and originated $455 million in loans. If things continue at that rate, Senior Vice President of Business Development Kurt Neeper expects to end the year over $600 million in new originations. For comparison, Superior Credit Union did just over $250 million last year with about the same number of employees.

Neeper admits the approximately 225 people employed by the not-for-profit have worked a lot of hours to reach this year’s numbers. The decision to go paperless in December 2019 also played a big role. “We couldn’t have done this if we were still working with paper files, it would have been impossible,” he says. “Little did we know that COVID was going to hit, but thank goodness we went paperless, or we would have had a really difficult time servicing the mortgages and borrowers that we have been able to service.” 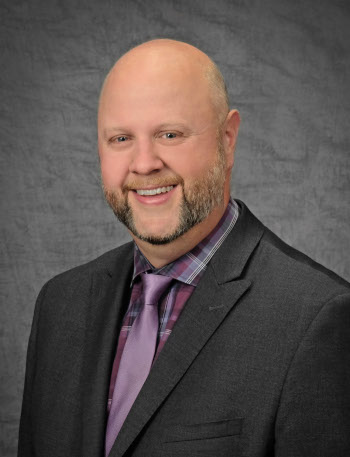 Expanding into new metropolitan areas has also helped with that, but so too has a philosophy that revolves around looking out for the best interests of members and supporting the communities they live in. Superior Credit Union began more than six decades ago in Lima, Ohio, taking its name from a funeral coach and school bus manufacturer called Superior Coach Corporation. A charter was signed in October 1954 creating the Superior Coach Employees Federal Credit Union. The first office was located inside the Superior Coach plant along East Kibby Street in Lima, Ohio, and moved to a house across the street in 1972. When the Superior Coach Corporation closed in 1981, the credit union had about 2,500 members and $4.5 million in assets.

At that time, the Board of Directors lobbied the National Credit Union Administration and obtained a community charter. This was the first community charter granted in a city with more than 50,000 residents. Letters of support from 40 local businesses helped convince the National Credit Union Administration to grant the charter, as did the closure of another local employer, Clark Equipment Company and its credit union, Circle Diamond Credit Union – an entity with 1,000 members and $1 million in assets. The two credit unions merged, forming Lima Superior Community Credit Union, and membership was expanded to all residents of Lima, Ohio. Membership expansion continued to residents outside of Lima in the 1990s. A second branch opened in 1991 and the first off-site ATM came two years later.

Superior Credit Union’s  first major leadership change came in May 2003, when President and CEO Bruce Campbell retired. He had been treasurer of the credit union board from 1974 until the plant closing in 1981. He was also the most important figure in receiving the community charter. Phil Buell, CEO of Midwest Federal Credit Union in Defiance, Ohio, replaced Campbell and has overseen nearly two decades of continued growth since. A small business loan center opened in 2005. That same year, a merger with Member 1 Credit Union was completed. In subsequent years, mergers continued with North Star Federal Credit Union and UTELCO Credit Union.

An affirmative member vote in 2015 paved the way for a state charter from the Ohio Department of Financial Institutions. This allowed the credit union to expand its membership field to new members who live, work, worship or attend school in many western Ohio counties. Several more mergers followed, including one with CINCO Family Financial Center Credit Union in Cincinnati, Ohio. This was Superior Credit Union’s first foray into a major metropolitan area. It expanded into the greater Cincinnati area following a merger with Classic Federal Credit Union in 2018. That same year, Superior Credit Union moved into the Toledo, Ohio market by merging with Co-Op Toledo Credit Union. In September 2019, asset size reached $1 billion.

Superior Credit Union now has about 96,000 members and ranks the fifth largest credit union in Ohio, with total assets about $1.2 billion. But getting to this point wasn’t easy. Credit unions have been facing a number of challenges over the last 40 years. One of the biggest is rate compression. Buell recalls, “Mortgage rates peaked at about 16 percent back in the 1980s. That made it relatively easy to make money. Rates have jumped around a bit, but in the years since, a linear line can be drawn from 16 percent down to nearly zero. So, I guess the first thing I would say is the compression in interest rates over the last 40 years is driving financial institutions to be very lean and, if not, it pushes them out of business.” 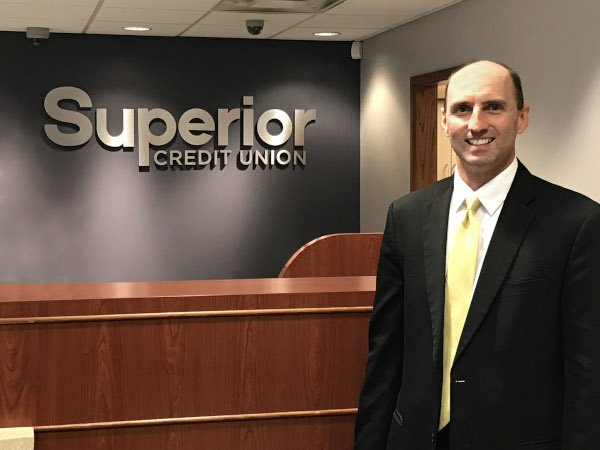 Increased regulation has also played a role. From the Sarbanes-Oxley Act of 2002 to the Dodd-Frank Wall Street Reform and Consumer Protection Act of 2010, the amount of regulations that have been put on financial institutions has only increased costs. And those expenses come without generating any income. The third factor is the continual expectation of new services that also cost money but don’t necessarily generate revenue. At first, it was call-in services that allowed members to transfer money over the telephone. Then it was ATMs and ATM cards. Home banking and mobile banking followed. The latest trend is ITM, or interactive teller machines.

“How much have we been able to charge for the new transaction channels? You can’t,” Buell reports. “So with that, we’ve added all these new expenses, and we’ve gained some efficiencies out of it. But we’re still trying to manage a teller line channel, we’re managing home banking and mobile technology, and now we’re implementing ITMs throughout our branches. All of these channels increase expenses and member convenience without generating any additional income.” The combination of rate compression, regulation, and new technology and services has led to consolidation within the industry. But Superior Credit Union takes the stance that consolidation can be avoided if income generation outruns expenses. And home mortgages have helped greatly in that equation.

Recent expansion into some of Ohio’s larger metropolitan markets through mergers has allowed Superior Credit Union to increase its mortgage lending. “A lot of the credit unions we merged in, weren’t really doing mortgage lending, but they had members,” says Neeper. “And now that they are with a credit union that has a good, strong mortgage program, we’re rewriting a lot of those loans for them and bringing them into the credit union’s portfolio, so that’s also been a real nice driver for us this year. We’re not only just churning the paper that we already had, but we’re also actually gaining a lot of new business, new market share in areas that we’re relatively new to.”

Superior Credit Union has also been aggressive when it comes to refinancing. Whether a loan is on their books or someone else’s, if refinancing will significantly reduce the interest rate, credit union employees will call and tell members they can save money. To some, reducing the rates on loans that are already on Superior Credit Union’s books may not make sense from a numbers standpoint. But Buell doesn’t see it that way. “For us, we think it does,” he contends. “One, because we’re taking care of that member relationship and keeping it sticky. The other piece is, if we don’t do it, someone else is going to take it from us. I think that’s been maybe one of the secret ingredients to our success.”

Putting members’ interests first also drives Superior Credit Union’s community investment. The institution supports local nonprofits, community events and hospital foundations to the tune of more than half a million dollars each year. “You know, the bank – credit union difference matters to us and it matters to members, but I don’t know that a lot of people really understand it,” Neeper says. “I just think, at the end of the day, people want to do business with companies they like and companies that support them and their family and friends. And so that’s where we’ve been really able to make inroads in a lot of markets.”

Where: Headquarters in Lima, Ohio

The better way to do business.

In a world of on-demand everything, too many people dismiss local business as a thing of the past. But what they didn’t count on was the one thing that all business leaders have in common: they find a way to win. Financial service groups, healthcare professionals, retailers, car dealers, lawyers—they tackle whatever gets thrown their way.
They just need the right tools.

As customer expectations change, the demand for seamless interaction is on the rise.
Enter Podium. Empowering these businesses with Podium’s suite of messaging and reputation management tools offers them access to frictionless conversations and transactions, giving them the unique advantage of being able to meet customers where they’re at—both on their phones and around the corner.

By partnering with Podium, businesses are able to continuously adapt as customer expectations change. In the past year alone, consumer behaviors around finding and choosing businesses have shifted drastically. So your business’s behaviors should too.

With 81% of Americans owning a smartphone, and 90% of consumers saying they prefer to engage with a business through texting or another messaging app, it’s important to meet customers on the platforms they prefer—their phones.
49% of consumers say they have received a text from a business asking them to leave a review, and 38% of those consumers have left a review based on the text request they received, which bodes well for requesting reviews via text.

By using Podium’s messaging tools, Podium partners’ have seen a 115% increase in average monthly Google reviews. Plus, Podium users have experienced an 85.3% increase in clicks to calls from GMB listings after integrating Podium into their business. Podium Reviews makes requesting and leaving reviews easy and convenient for everyone, so you can compete and win online faster than ever before.

Learn how Podium has helped over 60,000 businesses get found and get chosen.

Founded in 1961, LKCS is about to celebrate 60 years of serving financial institutions. Today we provide a complete array of omni-channel marketing services for financial institutions and other clients nationwide. LKCS remains on the forefront of technology, constantly introducing new solutions to give our clients such as Superior Credit Union the tools they need to succeed.