Advocating affordable homes for all

The Southern Nevada Homebuilders Association (SNHBA) was founded by 12 local builders in 1953 to represent the residential construction industry in the region, and is the oldest local trade association in the state.

With 650 Home Builder Associations throughout the United States, there is also a National Association known as the NAHB. Nat Hodgson, CEO of SNHBA, explains how these agencies fit together, sharing, “Wherever homebuilding is happening, you have a homebuilder’s association. I run the Southern Nevada chapter which is an affiliate of NAHB. We are the advocacy arm for the residential homebuilding industry at the local government level for the state of Nevada. So pretty much, the voice, of residential homebuilding.”

The Southern Nevada Homebuilders Association is one of only two HBAs in Nevada, although many states have multiple associations. According to Hodgson, “North Carolina has over 50 separate HBAs, and a separate state association. Myself and my partner up north, we actually share the responsibility to the state of Nevada. Once every other month, we meet with four members of his board and four members of mine to talk about state policy. That’s pretty good collaboration.”

The SNHBA, has a diverse membership of 500, including builders and trade associate members, suppliers, manufacturers, mortgage companies, and homeowners’ association management companies. Hodgson maintains that the membership number is technically much higher. He explains, “We have a full-fledged membership and then we have affiliate members. A builder who joins gets two members because they pay the homebuilding membership. Now, I will treat every one of their employees like a member because they belong to the company member. So, they’re not a member of record.” While many HBAs will not include employees in association events, unless they pay an affiliate membership fee, Hodgson admits, “I’d rather get the involvement than a few dollars. So, I can say we’re just over 500 members, but we’re over 10,000 strong between our member companies and their employees.” 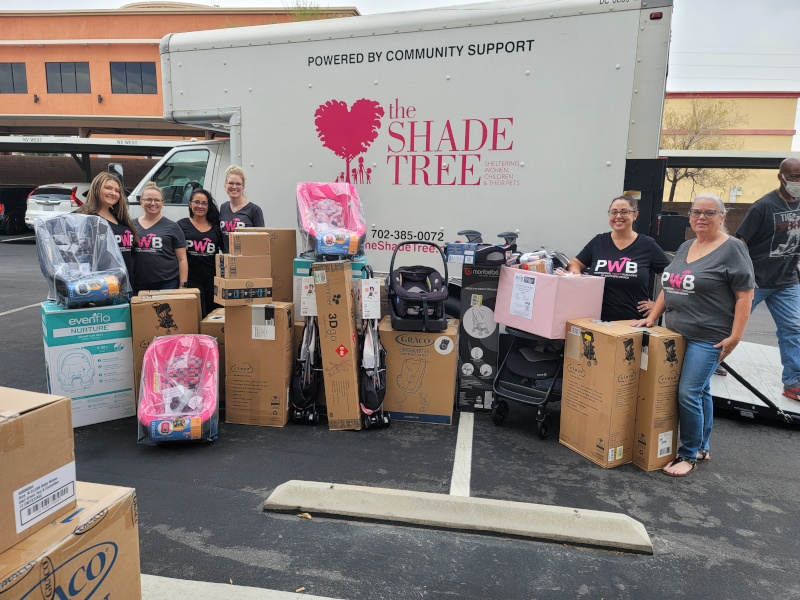 To encourage new memberships, the Southern Nevada Homebuilders Association has what they call The Spike Club. To be a part of this club, members must recruit, involve, and retain other members, bringing in six new members within two consecutive years. Spike Club membership includes special recognition by SNHBA and NAHB, while also helping to strengthen the association and the industry. “Our lifeline in the association is membership. We encourage our members to go get more members because the more the merrier,” states Hodgson, who was a Spike Club Member of the Year twice before becoming CEO of the SNHBA. “We need to be the biggest voice we can be, and if they are in this industry, they owe it to themselves to be a part of this association. I’m probably one of the few HBAs that don’t do a lot of membership drives. We’re a small enough area that people know who we are but I do like having my Spike people out there getting new members.”

Currently, the Southern Nevada Homebuilders Association has four employees – the CEO, an office manager, an administrative assistant, and a director of government affairs. “I’ve been running this association for 10 years,” Hodgson says, “and this is the smallest we’ve been. I owe it to my membership to be as efficient as possible. We are very efficient, we’re low maintenance, low overhead, but very high output.” The SNHBA office is located in the heart of Las Vegas, in what Hodgson describes as an accessible and convenient location for members and builders.

To communicate with members, the SNHBA sends out a monthly newsletter, titled Builder Brief. “We try to keep it brief,” says Hodgson, clarifying that there are links to more detailed information. “Most people depend on us to handle it, they just want to read about what’s happening.” The association also keeps members informed about jurisdictional changes through industry notices, which are sent out more frequently. Hodgson adds, “It’s a fine balancing act, we don’t want to inundate them but you need to communicate enough that you’re letting people know what’s going on.”

As far as challenges the industry is facing, Hodgson reports that labor shortages have been an ongoing problem nationwide. He recounts, “It was our number one problem here in Southern Nevada. The weird part is that it’s our number three problem now. I wish I could tell you it’s because it’s gotten better, but it’s because the other two problems jumped over the labor issue, which is supply chain and cost. So, when we get the supply chain issue stabilized, and cost stabilized, labor will once again be my number one issue.”

To address this skilled worker shortage, the SNHBA has tried several different avenues to draw people to learn the trades. Although an online learning system did not bring the anticipated results, the association is working on other training options. One possibility is a trade high school, which Hodgson says is a big step, but one with great potential. He shares, “We need to have a path to get a workforce for the future. We want it to be a five-star academic high school, where they would actually learn construction skills while they go to school.” Following the model of a successful school in Reno, which has been operating for more than a decade, Hodgson notes, “We are not reinventing the wheel, we’re taking a successful model. Over a two-year period, the class builds a house on property they own, which they sell and then use the revenue for the school.” Although still in the planning stages, enough money has been raised to hire a principal, who is at the Reno school for a year to gain an understanding of how it operates. “So, we just shifted gears. We haven’t abandoned getting our workforce. We’re just trying a different avenue,” Hodgson asserts.

Keeping busy with ongoing national and state initiatives, including energy efficiency, building density, and affordable housing, Hodgson claims that the current supply chain issue has been one of his biggest challenges. “Every day I’m involved in stakeholder groups just talking about how we address these issues going forward. The hardest one has been the supply chain. Every week we are short some other materials, and I have to work with every building department here to keep moving the ball forward. Of my 30 years, I have to say last year was probably the most challenging to actually just get a home built.”

As technology and sustainability options continue to improve, Hodgson says he has been focused on energy efficiency since 1998, describing the phenomenal changes that have occurred during that time. “Not just energy efficiencies, but also water efficiencies,” he explains. “In fact, 99.9% of the water used inside of one of our houses today, built here in the valley, goes back to our water source, so it doesn’t get wasted at all. That is huge.” With continuously advancing technology options, gone are the days of new buyers only inspecting for paint drips and drywall cracks. Builders must now walk new owners through a house to show them how to operate it. “Technology is changing,” shares Hodgson, “I came from the high-tech aircraft industry in the early ‘90s, to homebuilding, which was the most archaic industry. Houses are still built by hand, but where we have come in the last 30 years in homebuilding, and just the last decade, is huge.”

In summary, Hodgson offers, “Our job here at the Southern Nevada Homebuilders Association, and my builders’ job, is to provide the highest quality product at the lowest possible cost, so that our residents can afford to buy the homes. Throughout the entire nation, it’s getting harder and harder to do, but that’s my fiduciary duty. What I want is to be able to have Nevadans be able to afford to live in a house. If I have one goal, that’s it. Every jurisdiction wants to be the best jurisdiction in the state, but that always comes with a cost. I have to remind them, you want your constituents to be able to afford a house in your city, and not have to go to another city. I always bring the facts forward. I’ll give my opinion on how they should be applied, but my job is to bring the facts forward, and let that local jurisdiction or that utility figure out what course they want to take.”