One Third of Rural Roads are in Poor Shape, Survey Says

Many rural roads and bridges are in poor shape, a new report says, and fixing them will cost $180 billion.

The report from TRIP, a national transportation research non-profit, found that nearly a third of rural roads (31%) are in poor or mediocre condition and nearly a tenth of rural bridges lack structural integrity.

“A lot of these rural roads were built for very light traffic essentially,” Rocky Moretti, TRIP director of policy and research said in an interview with the Daily Yonder. “Now, whether it’s because of increased agriculture or energy extraction, you’ve got a lot of these roads starting to carry more traffic, and in many cases, large commercial traffic, and they just weren’t built to those standards.” 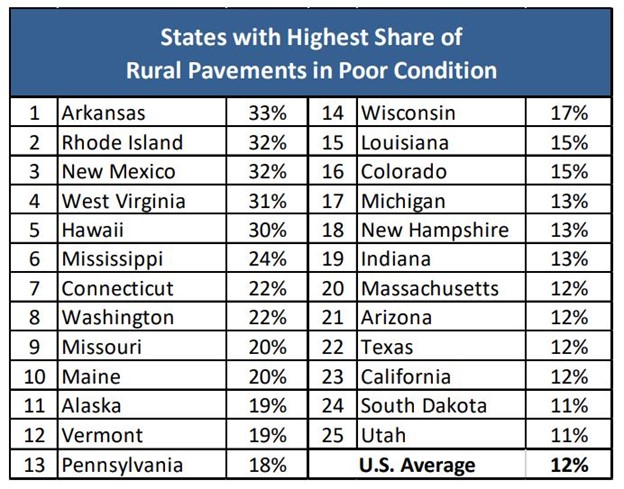 That leads to more fatal accidents, he said.

In 2020, non-interstate rural roads had a traffic fatality rate of 2.17 deaths for every 100 million vehicle miles traveled (VMT), nearly twice the rate on all other roads (1.09). Despite the fact that rural non-interstate roads only carry 23% of all vehicle traffic in the country, those roads are where an estimated 38% of all the traffic deaths happen. 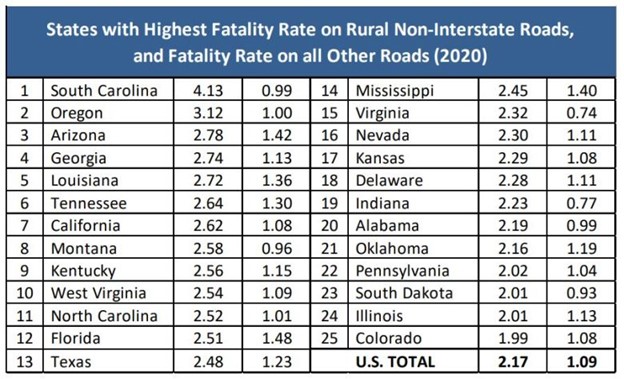 “Roadway safety countermeasures like median cable barriers, rumble strips and guardrails are among the most cost-effective ways to prevent traffic crashes and to save lives when they do happen,” Jake Nelson, AAA traffic safety advocacy and research director, said in a statement. “At a time when our nation is recording record high traffic deaths, transportation investments ought to prioritize curbing traffic injuries where we can make the greatest impact—rural roads.”

The report also found that 8% of the country’s rural bridges are rated poor or structurally deficient, meaning they have significant deterioration. Those bridges often have lower weight limits or are closed to traffic, requiring larger vehicles, like agricultural equipment, commercial trucks, school buses and emergency services vehicles, to find alternative routes. 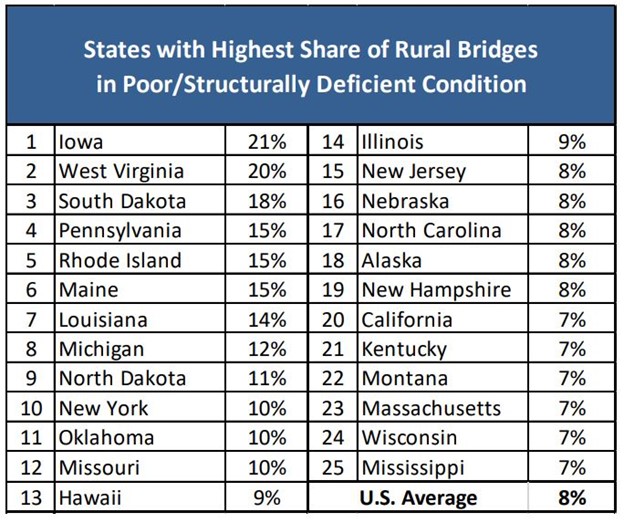 “In some cases, the classic situation is a one-lane bridge that now is carrying essentially suburban-level traffic,” Moretti said. “A lot of those (bridges) are inadequate.”

Although the road systems may be in sparsely populated areas, officials said, they are key economic drivers, not just to rural residents, but to the country as a whole.