It takes a village

The City of Lincoln in Placer County California was originally home to the Nishinam people, a branch of the Maidu Indians. In the early 1800s, the land was discovered by Spanish explorers and European settlers soon followed, bringing farming and ranching to the region. Before long the gold rush brought more people to the area, and by 1859, the community of Lincoln was established.

Named after railroad president, Charles Lincoln Wilson, the village was part of California’s first railway system, bringing an influx of businesses and residents and turning the community into a transportation and trading hub. The discovery of coal in 1873 introduced new industry to Lincoln, including the clay product manufacturing company Gladding McBean, after mining exposed layers of rich clay in the area. Incorporated in 1890, Lincoln has seen continued progress, and today is a growing city of 50,000.

Mayor Holly Andreatta shares, “There are so many special characteristics about Lincoln that make it home. Lincoln is growing, but the downtown holds us all together. It’s still got that old feel to it, but with a lot of really cool businesses and people. I have a saying that I use often, and that is, nobody comes together like Lincoln. When there’s a need, the people in Lincoln are so quick to help. It really is the people that make it great.”

Sharing the city’s vision statement – America’s Hometown: City of Opportunity – Paul Joiner, Mayor Pro Tem offers, “We’ve heard two phrases from visitors and from folks who are new to Lincoln, they say it’s like Mayberry, or it’s like Hallmark. Yes, the architecture and our history play a role in that, but it’s the people that make Lincoln great, and it’s the people that you want to be around.” Sean Scully, City Manager, and new to the community, describes, “What I think is really different about Lincoln is that it is a blend between rural lifestyle and modern convenience. We’re not a center point of all commerce in Placer County, but if you live in the community, most of the things that are really important to families exist here and are really nice. It’s a very diverse place, and it really does feel like Hallmark or Norman Rockwellian Americana.”

Lincoln was the fastest growing city in California for two years in a row, prior to the 2009 recession, when development stopped. “There was very slow growth for the next decade,” Joiner explains, “Now, that growth is coming back in a more measured and deliberate way. We’ve had an opportunity to make sure that all future development includes a 40% open space minimum to preserve that small town sense and that connectivity to the land.”

Each of these villages will link to Lincoln’s historic downtown, creating a central cultural gathering place for the community. As for the timeline, Joiner adds, “Village one is fully underway right now. Each village will take about 20 years to actually build out. It is a very slow, deliberate, measured growth.” To address the immediate housing shortages in the city, Regis Homes/Sares Regis Group of North Carolina and Tricon Residential recently broke ground on an innovative new project, Altair of Twelve Bridges. This development will offer 161 housing units which will be an own-to-rent model. “It’s the first in the region and we are really excited to see how it works out in Lincoln,” Andreatta says. “People need homes, and they want to live in Lincoln, but we have a shortage right now. We are building all over the place, but that takes time.”

Gladding McBean has remained a major employer in Lincoln for more than 140 years, as a leading producer of clay pipe, tile products, and is a world-renowned manufacturer of architectural terra cotta. Sierra Pacific Industries, another significant business employs approximately 300 people in their sawmill operation. ​ As for other industries, Mayor Andreatta states, “We have Home Depot, we have Lowe’s, we have Target, and all kinds of smaller mom and pop shops and restaurants. So, we have a lot. Nearby we have Thunder Valley Resort, which is not in Lincoln city limits, but we do partner with them on a lot of things, and they employ quite a few people.” 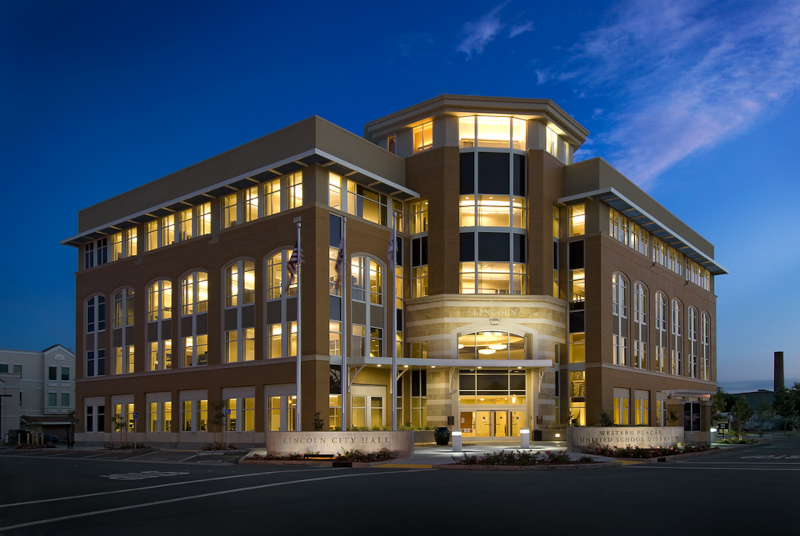 Currently, Lincoln is also trending as a bedroom community, with many residents commuting to nearby Sacramento and Roseville for work. Joiner notes, “There are 160,000 people working along Douglas Boulevard in Roseville, which is about 10 miles away from Lincoln. So, the job centers are surrounding us. They’re coming on within our own community as we grow.” Working from home is another growing trend in the city, bringing a lot of new residents to the community. Scully reports, “They are relocating to Placer County and primarily to Lincoln because they don’t need to go into an office anymore, they can work from anywhere. They’re moving out of very busy urban centers, and are really looking for a more rural, beautiful area of the state to live in.”

The city is also home to the Lincoln Regional Airport, a general aviation airport with a 6001-foot runway. “We have the ability to expand it to 7001, which is a really long runway,” Joiner asserts. “It is a reliever runway for Sacramento Metro Airport, and an emergency runway for Beale Air Force Base, which makes it pretty important in the region, but it’s also a great asset to our community. It’s something we have that our surrounding communities do not.” Attracting new economic development opportunities near this airport will be a focus of Mayor Andreatta, who adds, “Our airport has so much potential. We are at the place now where we’re ready to bring forward plans to improve and expand it, as well as bring in more commercial opportunities. It will be a true gem of the whole region and a real asset for Lincoln.”

On the sustainability side, Lincoln is committed to their 40% open space requirement for all development. Scully acknowledges, “For a town of 50,000, if you look at our footprint, it could be double or triple that population, but because we require this open space component, it has a much more rural feel. On the environmental side, that allows the city to really do what we can to protect our surrounding natural habitat.”

This preservation is deliberate, focused on protecting wildlife corridors and greenbelts within neighborhood developments. “It is not at all uncommon for fox, deer, raccoons, and possums to be coming down through those corridors very comfortably, knowing that they’re safe throughout the community,” says Joiner. In order to maintain these thriving natural areas, the city works with a local goat farmer, bringing in 7,000 goats every year. Joiner adds, “They spend a few months eating down the space so it doesn’t get so out of control. You could drive through town and see hundreds of goat herds all over the place!” Joiner shares. 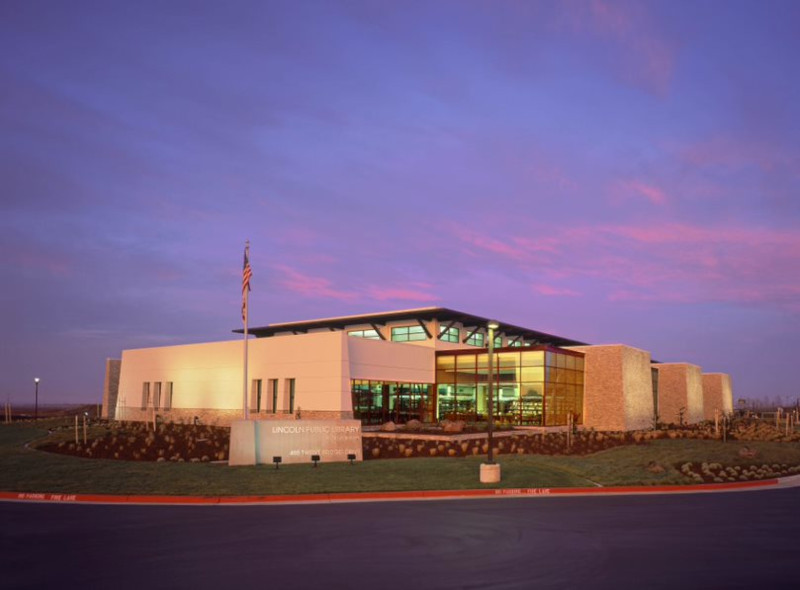 The arrival of the goats is an exciting time for residents of Lincoln, which is also home to a large number of peacocks. These magnificent birds are another source of beauty and entertainment in the community, inspiring the name of the local collegiate baseball league, the ‘Peacocks’. “We’re excited about development, but once you lose some of that flora and fauna you lose the character of what makes Lincoln, Lincoln. So, everything that we do is based around making sure that the growth that occurs here retains what the landscape looked like before it was built,” Scully explains.

Referring to downtown Lincoln as “having a great smile with a couple of missing teeth,” Joiner describes the historic beauty of the downtown, which is filled with remarkable buildings, many of which belonged to the Gladding McBean company and were built using brick produced onsite. He shares, “They left us with some great historic buildings to work around. Like a lot of old downtowns, some of our buildings have burned down, and some of them had seen better days and were torn down.” These spaces offer opportunities for the forward-thinking community, as Joiner suggests, “The key element of that is there are a few empty lots that can be filled with some very exciting new businesses, and some of the old buildings as well can be repurposed into something very contemporary and very connected to community.”

With a future filled with possibility, Lincoln, California is indeed a city of opportunity, committed to maintaining a natural landscape, and American small-town charm.