A.L Mangham Jr. Regional Airport is located on the outskirts of Nacogdoches (NAK-ə-DOH-chiss), touted as ‘the oldest town in Texas’. Evidence of settlement at the same site dates back 10,000 years. Today, the small city lies between the state’s two metro hubs of Dallas and Houston in the Forest Country area of eastern Texas. Nacogdoches is the proud home to Stephen F. Austin State University, as well as the headquarters of Elliott Electric Supply, which has over 145 stores located throughout the Southern States.

Currently there are no commercial flights to the A.L Mangham Jr. Regional Airport but this could all change due to its proximity to Interstate 69, a new interstate highway currently under construction that will connect Port Huron, Michigan, on the Canadian border, to the Mexican border and the Port of Houston. It’s also known as the North American Free Trade Agreement (NAFTA) Superhighway and promises to boost trade between Canada and Mexico. With increased traffic flowing through the region, the city wants to capitalize on a great opportunity. “The development of the I-69, which links Houston to Northern Texas and on to Arkansas, has spurred the city to implement a project to construct a new terminal area and upgrade the airport,” says Airport Manager Joe Cefalu.

Currently, the airport is its own Fixed Base Operator (FBO) and is owned and operated by the city.. Originally activated in April 1944, the airport has one asphalt runway, 18-36, which is 5000 ft long and 75 ft wide, allowing larger aircraft like private Boeing 737s to land. However, the majority of the traffic is made up of Falcons and Learjets. Approximately 75 aircraft are currently based at A.L. Mangham Jr. Regional Airport. “Most of our visitors are from corporations who use NetJets and Flexjets to transport executives from the companies located in the city to their required destinations,” says Cefalu. “We also do business with the military who require fuel and food supplies.”

During 2020, businesses had to pivot and adapt to COVID-19, and many halted operations. That being said, like other smaller airports, A.L. Mangham Jr. Regional Airport stayed in operation throughout the lockdown stage. At first, operations were limited but for the most part the maintenance staff carried on with their duties. However, in a relatively short time traffic started to pick up with medical flights and helicopters, as well as civil air patrol, who were transporting blood samples to the labs for testing. The military also stepped up their standard regular visits to drop off supplies. This change in traffic meant that the airport did see more business than they originally anticipated. As a result, they were able to maintain financial stability during tough times. 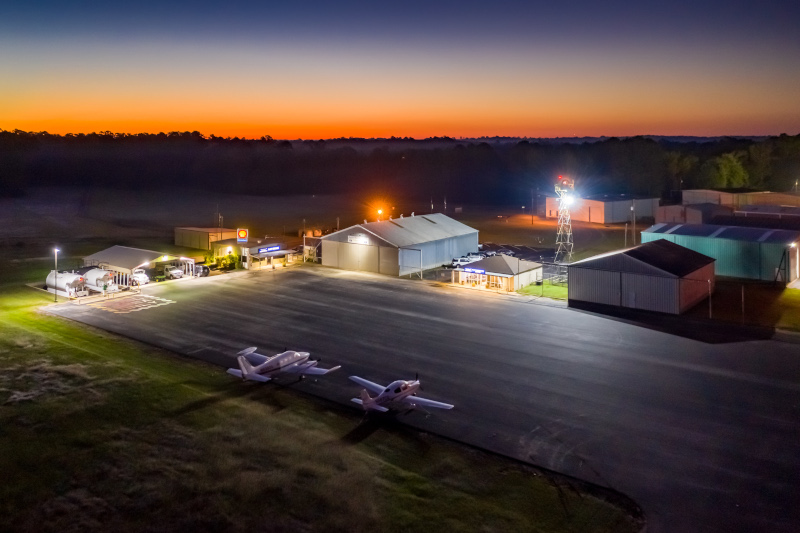 Currently, all the aircraft and hangars are privately owned. The facility does have a number of service offerings, including fuel services and Ground Power Unit (GPU) services for larger aircraft. They also have three cars to loan out for private individuals who need to get to Nacogdoches, as the town’s center is a few miles away.

There are plans to expand and update the airport’s facilities. “We’ve just submitted a letter of interest, along with the new terminal area plan, to the Texas Department of Transportation. Also, we are actively seeking private and public funding along with the federal funding,” says Cefalu. “Already, Elliott Electric Supply and Bright Co-op have contributed to the airport and are loyal investors.”

The new terminal area plan is a three-phrase project and is estimated to cost $14 million. Currently, KSA Engineers have completed their plans and have been instrumental in helping the A.L. Mangham Jr. Regional Airport present plans to the federal departments. This submission has seen delays due to COVID-19, but that hasn’t stopped the management team reaching out and collaborating with other institutions around Nacogdoches.

One large program is the new flight school with Stephen F. Austin State University. The university has entered a partnership with HCH Aviation to provide professional flight training in conjunction with a four-year bachelor’s degree in Aviation Sciences. HCH Aviation is investing in constructing a new hangar at the airport, which will house classrooms, flight simulators, as well as training aircraft. The City of Nacogdoches recently approved an economic incentive package to support the project with tax rebates and infrastructure investment. This has been a plan in waiting due to the pandemic but activity on the project is starting to literally take off.

“We’re actually going to pick up the training aircraft in Florida, which is exciting as there’s been many obstacles in the way to get this project started,” says Cefalu. “Working closely with Stephen F. Austin State University President Dr. Scott Gordon, and College of Education Dean Dr. Judy Abbott, we’ve been able to put together this amazing new flight school in partnership with HCH Aviation to offer flight training. It’s important to attract the interest of the next aviation generation and get them involved as early as possible.”

In that regard, the Civil Air Patrol admit 20 teenagers from the U.S. and around the world to be trained as cadets in a Powered Flight Academy. The program is short and intense, with students arriving with no experience and a week later flying aircraft solo. The cadets are based at the airport in barracks for the program that happens one to two times a year, with instructors from across the country being called in to assist with the training. 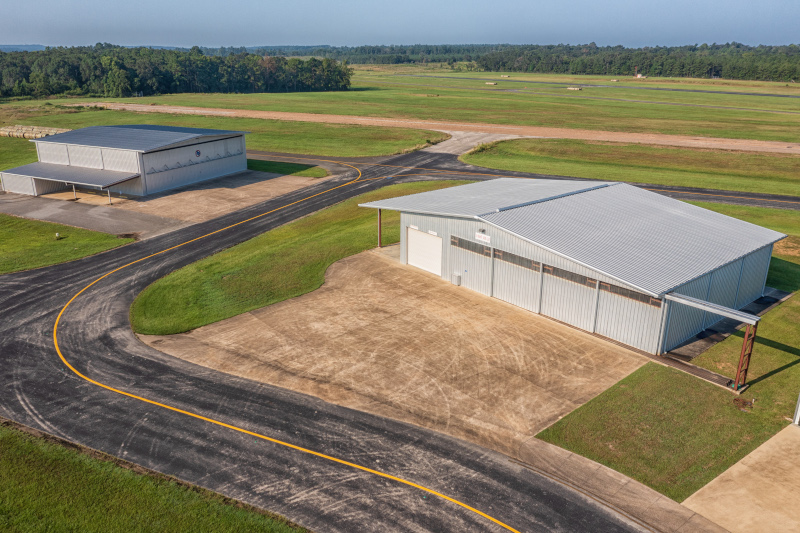 It’s a program that Cefalu is extremely excited about. He shares, “I can’t imagine how excited they are when flying an aircraft for the first time, at the age of 16 or 17 years old. There was nothing like this when I was a similar age. But it is great for students to get enrolled in an aviation program at such a young age.” The airport also hosts a Glider Academy every other year which is strictly reserved for gliders.

A.L. Mangham Jr. Regional Airport is deeply invested in the community and hosts a number of community events and fundraisers for worthy causes. These events include drive-in movie nights projected onto the hangar wall and big kite flying competitions. On the environmental conservation front, a patch of land at the airport has been marked off for the Audubon Society, who have created a bird sanctuary for migrating flocks.

Moving into the future, the team at A.L. Mangham Jr. Regional Airport is focused on building a new terminal and inviting new businesses. With 600 undeveloped acres, there is plenty of prime real estate for aviation related commercial, industrial and logistics development. “I’d love to see other businesses come and join us on the field,” says Cefalu. “Anything to do with avionics, like more power plant businesses, mechanics, and even upholstery. Currently, I believe the airport is the most underutilized property in the city, and I want to change that.”

Airport management also wants to build on existing relationships and forge new ones. But for now, the most anticipated agenda on the wish list is to break ground on the terminal project and carry on creating new offerings for everyone in Nacogdoches.

*Photos courtesy of Photos by JR

What: A city-owned general aviation airport

Where: City of Nacogdoches, Texas

Travel to the deep piney woods of East Texas where you can experience history, unique shopping, craft libations and relaxation in one beautiful place.
Make a retreat of it and spend the weekend savoring the fresh air and natural beauty that Nacogdoches has to offer. We have a Nac for that.