Land of the great outdoors

In the heart of the vast and verdant Boreal forest, about 150 miles northeast of Timmins (the regional centre for this part of the province) on the Mattawishkwia River, the Town of Hearst, Ontario nestles in an area known for its outdoor pursuits and winter sporting activities. The self-proclaimed “Moose Capital of the Canada”, Hearst offers incredible hunting, fishing, and cross-country skiing opportunities, and features well over 600 miles of snowmobile trails. The town is also famed for its rich railway heritage, owing its founding to the construction of the National Transcontinental Railway in the early part of the 20th century. Originally known as the town of Grant, Hearst renamed itself in honor of Sir William Howard Hearst, a lawyer and politician who went on to serve as the seventh Premier of Ontario (1914-1919).

Created in 1912, Hearst was founded around the time that the Northern Ontario Clay Belt was opened for agricultural settlement. Eastern Europeans were among the first settlers to arrive in the region of Hearst and by 1920, about 100 French-speaking families lived there, several of which went on to become prosperous sawmill owners. As it became clear to farmers that the soil conditions, preponderance of rock, and short summer season made agriculture less profitable than forestry, more and more immigrants worked as lumbermen in their first job on arrival. 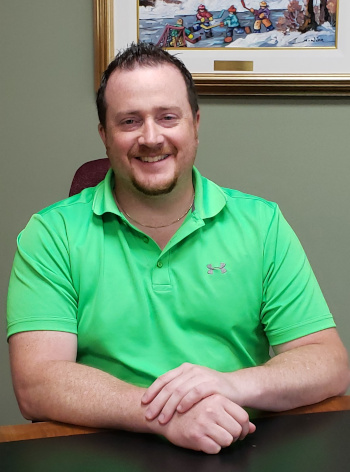 Over the years, the French-Canadian population in Hearst – once a minority – grew to account for 95% of the population. Today, the region is home to more French speakers than anywhere else in Ontario. “That’s probably one of our most distinctive aspects,” submits Town Chief Administrative Officer Yves Morrissette. “The people here work in French and they learn in French. That’s the beauty of it.”

He cautions not to be fooled by the population figures posted on the entrance and exit signs to the town. “They indicate about 5,500 people,” he says. “But when we account for the non-organized territories around us, it’s more like 9,000. We have a good resident base up here, and what’s even more attractive is that we’re kind of self-sufficient. We’ve got several local shops. Long-established family businesses still going strong. We also have a relatively large labor pool and ample natural resources; we rarely outsource anything.”

Hearst even has its own university, the Université de Hearst, which offers additional campuses in neighboring Timmins and Kapuskasing. It’s a French university with a rich history. Founded in 1953 by Bishop Louis Lévesque to offer secondary-level programs to French-speaking boys, the university first carried the name Séminaire de Hearst and was financed by the Roman Catholic Diocese of Hearst. The institution began offering university courses in 1959, became secular in 1971 (under the new name of Collège de Hearst), and was affiliated with the University of Sudbury in 1957 followed by Laurentian University in 1963.

With the province moving to pass new legislation in April of this year, the Université de Hearst obtained independent accreditation and became Ontario’s second standalone French language university, joining the Université de l’Ontario français in Toronto. “It means a lot for Northern Ontario to be able to offer courses tailored to the needs of the regional labor market,” Morrissette shares. “We hope to be benefiting from that investment in education in the future.”

Employment in Hearst is still heavily generated by sawmills, as was the case over a century ago. There are three local mills in the town and vicinity: Lecours Lumber, RYAM Forestry, and Columbia Forest Products, which make up the bulk of the industrial base in the region. “Lecours and RYAM Forestry are softwood and Columbia is plywood,” Morrissette specifies. “The Lecours, I believe, are one of Hearst’s founding families. They’ve been a family-established business since the 1940s and are likely one of the last family-owned softwood mills in Canada.” 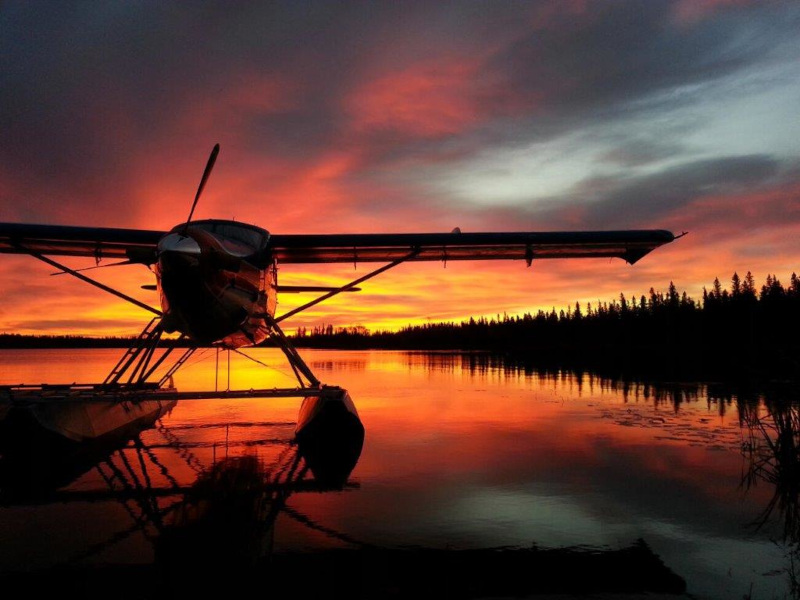 Another larger employer for the area is Villeneuve Construction, a civil construction company that’s been around since the 1970s. “They’re now also established in Cochrane and Wawa, Ontario, so they’ve grown quite a bit since then,” Morrissette says. “In peak season they retain over 250 employees and have contracts all over Northern Ontario. As I mentioned, our town has the local labor and expertise to be self-sustaining, and Villeneuve Construction is one of the key pieces to that. Most of our infrastructure here was built by them, so we’re lucky to have them around.”

Morrissette goes on to explain that their part of the province comprises a vast region with a small, scattered population. As a result, Hearst’s self-reliance – its capability to regenerate labor and wealth from within – reflects an economic reality fundamental to the town’s approach to infrastructure management. He shares, “We can’t wait for people to come here and invest. We’ve got to roll up our sleeves and implement those services ourselves.”

Broadband penetration is a prime example of Hearst getting the things done that need doing. “We had bandwidth problems from the outset,” Morrissette admits. “So, in 2017, Council created a municipal corporation called Hearst Connect, an ultra-local telecom service provider, to provide reliable Internet access to residents and businesses in the area. They’re now in the final phases of constructing the backbone network. We also have a local distribution company, Hearst Power Distribution, which was established in Hearst and is municipally owned as well. They’re one of the top local distribution companies and offer some of the lowest rates in Ontario.”

The best places to do business are often those that are the most forward-thinking, and Hearst is one of those towns that embodies both progressive planning and responsible development. Recently, the Town Council formed a group to define a clear mandate and vision for their economic development department, setting the strategic direction for Hearst over the next 10 to 20 years. They’ve also been very proactive in conservation and sustainability activities, working to develop circular economy practices to reuse the waste of by-products from the forestry and wood processing industries.

“Taking care of our natural resources, that’s just part of our roots; being from this land of great outdoors, the lakes, the rivers, and tons of things to do outside,” contributes Stéphane Lapointe, Director of Economic Development Services. “That’s always going to be our focus because this is our home. Hearst’s forest is FSC-certified, so we’re already invested in conservation. Maybe some of those forestry by-products don’t have to end up at the waste pile. We might be able to find other uses for them – experiment with new or even existing technologies to try and invigorate the jobs economy.” 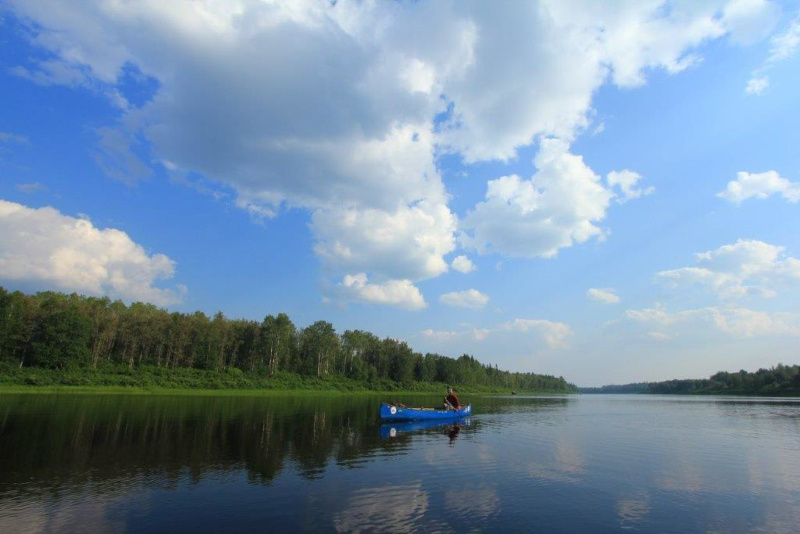 Lapointe emphasizes that what’s important for the municipality moving forward is to be realistic about growth readiness across all categories. He notes, “Our industrial Community Improvement Plans (CIPs) will generate opportunities for current and new businesses, local and external investors by promoting a portfolio of municipal incentives aimed at leveraging the expansion and creation of new businesses. But we’ve also got to be ready to attract a labor force; be ready in terms of housing. Before we can begin to market ourselves as a place of choice in which to live in Northern Ontario, we need to keep working on being ready to accommodate that growth. To keep working on being more inclusive. Because we’ll diversify, that’s for sure. The population in Canada is aging and we need to attract people from elsewhere. But we’ve got to transform ourselves a little bit to make room for that growth to happen.”

“We’re very well-situated in terms of the Trans-Canada Highway, the railway, natural gas production and low electricity costs,” says Morrissette, chiming in. “We’re pursuing every opportunity to attract businesses. Any mining company, biomass company, forestry company that wants to come here, they’re more than welcome to do so. Big, industrialized corporations and small mom-and-pop shops as well. We’re open to all that.”

While the pride of being francophone resonates sharply throughout the town and welcomes all those who visit, Mayor Roger Sigouin is adamant that Hearst is “open-minded and ready to do business” with anyone who desires to join the community. “Our goal is really to make sure everything’s moving in the right direction, while respecting cultural differences, respecting the environment, and respecting the challenges that regional collaboration bring. I mention the region because small communities in the North can’t survive alone. We’ve got to work as a region, and support each other as a region, because that’s truly the way to grow stronger.”

What: A northern gem of outdoor activity; population 5500

Where: District of Cochrane, Ontario

Our goal is to surpass our clients’ expectations!

From its humble beginnings in 1959, Maurice Welding has forged a reputation in the industry as being an innovative and forward-thinking company ready to meet its clients needs.

Taking over the helm from his father Maurice in 2005, Dany understood that maintaining upgraded equipment, tools and vehicles was important to the company’s success. Equally significant was Dany’s ability to anticipate the changes in the surrounding industries and his vision to diversify the company’s products and services.

However, Dany quickly acknowledges that a healthy workplace is paramount to any success achieved and workers are treated like family at MW. The company continues to employ and retain certified and qualified welders, machinists, millwrights, mechanics, labourers, riggers, operators and parts men, as well as, a skilled and efficient administrative team.

With a project management team having over 100 years of combined job experience in the mining, forestry, hydro-electric, industrial and commercial sectors, it’s no wonder that MW clients keep returning for the competent and friendly service.

Hence, whatever the project, the MW team is here to rise to the challenge and help you achieve you goal.