Relationships and personal service are a key part of doing business for First Bank, a community bank with 16 branches throughout the state of New Jersey. Its story begins in 2008, with a recapitalization of the original First Bank, a small bank in Southern New Jersey. After moving headquarters to a more familiar hub in the central part of the State, First Bank continued to evolve into the thriving financial leader it is today. 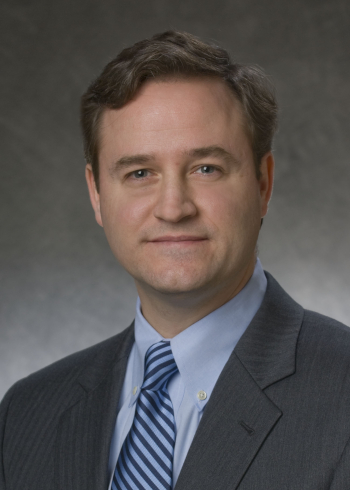 According to President and CEO Patrick L. Ryan, “A lot of a lot of our growth has been organic, reconnecting with friends and former customers in the New Jersey and Eastern Pennsylvania market. In 2009/2010 when a lot of banks were tightening up on credit, that was a unique time to go out and grow the business and build it.” Over the last 13 years, First Bank has seen strong growth with four whole bank acquisitions and several other small deals completed. Ryan adds, “As a result of natural growth in the acquisitions, we’re now up to 16 branches, with a little under $2.5 billion in assets and we’ve pretty much covered the New York and Philadelphia corridor.”

Helping businesses came naturally during the pandemic, something which Ryan suggests is due to the bank’s small size, allowing flexibility in processes and decision making. He explains, “When the PPP program first came out, we were able to put together an old-fashioned paper-based manual process, which isn’t ideal, but when you’re dealing with a brand-new program and you don’t have months to get a technology solution up and running, our ability to figure it out the old-fashioned way really helped us. We did a lot of loans for our own customers, as well as folks that were having a hard time getting answers at some of the bigger banks.”

In the later part of 2020, First Bank partnered with a fintech company to create a portal for submitting PPP applications. While processing over 1100 Paycheck Protection Program (PPP) loan applications in the first 3 months, First Bank maintained their high level of customer service. As Ryan recounts, “We made sure every customer that was applying for a PPP loan had a dedicated banker who was there to help them through the process. Quite honestly, at the beginning, a lot of it was just trying to manage the uncertainty that businesses felt. Having dedicated bankers available 24/7 to answer calls and help them work through it really made a big difference.”

This flexible thinking and personal service had the added benefit of bringing new opportunities to the bank through word-of-mouth referrals. “A lot of it had to do with our willingness to step up right away and embrace the program,” says Ryan. “Some of it was a function of our size, we were big enough, we had enough staff that we could allocate all the customers to various bankers throughout our footprint, but at the same time, we weren’t so big, so bureaucratic, that we couldn’t move quickly.”

With such a dramatic increase in loan applications, First Bank was able to shift employees – meeting the demand, while keeping everyone working throughout the pandemic and training them to fill in where needed. “It wasn’t the traditional sit in a classroom for a week and learn something, it was on the job, learn how to do this while you’re drinking out of the firehose training,” says Ryan. “We had to do a lot of cross-training, because we needed those extra bodies to help with PPP.” During more normal times, there may have been more resistance to this change in job expectations, but First Bank employees were happy to pitch in and work for the people in their community. Ryan notes, “It really created an opportunity, in a time when a lot of people were struggling and anxious, to keep them busy and help them work through it. It gave our folks a real sense of accomplishment.”

With 215 employees, Ryan describes the corporate culture as a “combination of a family environment with an entrepreneurial spirit.” Community involvement is a priority for First Bank, where employees are encouraged to join non-profit boards, attend fundraisers and get involved in local business networks. This level of connection to the neighborhoods they serve meant that, during the pandemic, First Bank staff were often aware of where help was needed, rallying together to offer support for small businesses who might be struggling. “We really didn’t have to retrain our folks in that regard. They were already very invested and involved in the community,” reports Ryan. 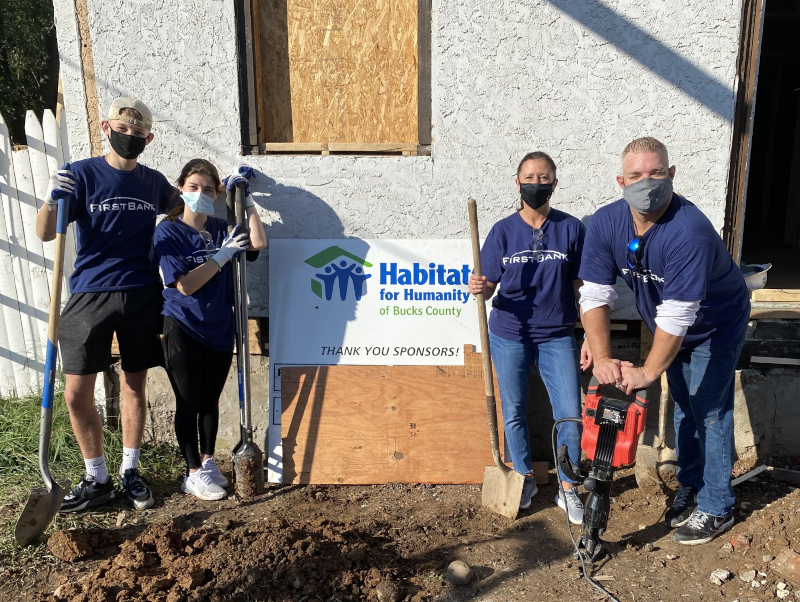 Educating young people on financial literacy is another way in which First Bank contributes to their local neighborhoods. Partnering with Everfi, an international company that works to create educational programs on issues such as financial wellness, First Bank employees go into schools to talk to students about basic banking. Ryan shares, “Everfi designs educational programs, and then we provide dollars and bankers to go out to local schools to teach and educate younger kids on the basics of banking. It’s great, because we’re not big enough to have a full staff to design these educational programs, but we do have bankers available that can teach the content once they’re constructed. So, it really is a good partnership.”

Although this financial literacy education is a benefit to students and the community, it does not show immediate results for the bank. Ryan acknowledges, “When kids become young adults, their primary focus on the banking side is more transactional, whether it’s the number of ATM machines, or where the closest branch is, even though they are probably not planning on using the branch.” However, over time, as their financial needs become more sophisticated, they often turn to community banks. “A lot of folks think you have to get the customer young, or you will never get them,” says Ryan. “But I’m not as sold on that philosophy. I think there are certain things that the big banks do better than the community banks, and some of those things might matter to somebody in their 20s or early 30s. Over time, as their financial needs evolve, I think that’s where the community bank value proposition really resonates.”

The recent acquisition of two branches of OceanFirst Bank offers an example of how First Bank continues to invest in the communities they serve, and the growth of the brand. Ryan reports, “We are constantly looking to build and grow that core deposit footprint. For us, our goal is not to try to be all things to all people, we want to be very, very targeted and focused on the commercial small business segment. We want to be able to provide great services on the depository side, as well as great loan products and services. Our primary goal is to find little niches within commercial and small business lending, where we haven’t done a lot historically.”

Investment in traditional Small Business Administration (SBA) loans is a focus for First Bank moving forward, as well as constant investment in cash management and treasury management services for commercial customers. “We are investing a lot right now in terms of people and marketing of traditional SBA loans, not PPP, necessarily, but regular M&A and 504 loans, because we think that’s going to be a real growth area going forward,” says Ryan.

Looking to the future, First Bank will see an ongoing investment in technology, which will increase the cost of doing business, meaning it will be necessary to place continued importance on size and scale as the bank moves forward. Ryan explains, “For a community bank, size, and scale means something different than it does for JP Morgan, or Bank of America, where there are trillions of dollars in assets. For us, if we can get to five or ten billion over the next several years, I think that is the sweet spot of community banking. We are big enough at that point to absorb the added cost to operate, we can generate a strong return for our shareholders, but also stay small enough to maintain the essence of what makes community banks great, which is that personal relationship with their banker, their ability to get things done quickly, and the ability to be creative, responsive and flexible.”

Maintaining a focus on what they do best, the First Bank team has a healthy vision for continued growth and prosperity, while growing genuine relationships in their communities.

What: A vibrant community bank with 16 branches

Where: Headquarters in Hamilton, New Jersey