Known as the gateway to Mt. Rainier, the City of Enumclaw is ideally located within an hour of some of Washington State’s most breathtaking attractions and natural beauty. Situated at the northern entrance to the rustic scenery of Mt. Rainier National Park, Enumclaw has proximity to popular beaches, hiking, and skiing and is only 45 miles from Seattle – ideal for those looking for big city amenities and events.

Describing the City of Enumclaw as “close knit”, Mayor Jan Molinaro says, “We are a very rural community that is positioned amongst larger neighboring cities. I like calling our town an island, because we are a good hour away from Seattle and 45-50 minutes from Tacoma. The surrounding area leading into our community is farmland, parks, or forest land. So, we are truly a community that sits as an ‘island’ and needs to be self-reliant.” 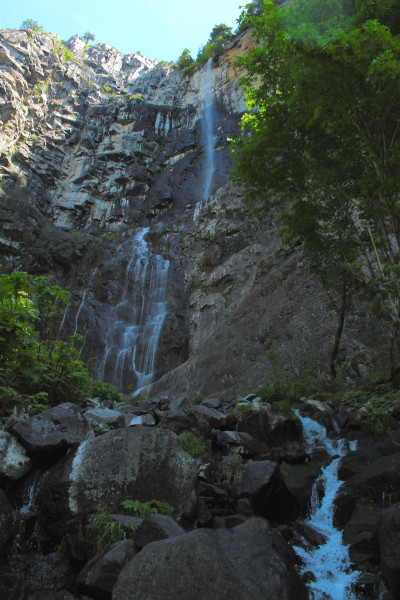 With a population of 12,543, Enumclaw can stand on its own, offering engaging views of rich farmlands and the Cascade Mountains, while the appeal of its well-maintained homes has afforded it the reputation of one of the most attractive cities in King County. Enumclaw also has a full range of medical, cultural, educational, and recreation options available to support its residents, and is a popular destination in the region thanks to unique events including the King County Fair, Scottish Highland Games, and the AKC Dog Show – the largest of its kind in the U.S. The community is known for its ‘Sundays on Cole’ festival during the summer months, filling the main street with live music and local vendors, complete with a firepit area for attendees to relax and enjoy.

Showcasing buildings from the 1930s, ‘40s, and ‘50s, downtown Enumclaw offers a sense of rural small-town charm. As to why the city encourages new buildings to be designed to blend with the existing surroundings, Molinaro offers, “We are trying to preserve the character of those buildings for future generations, to maintain that type of small town feel that our core area projects. It’s important when we look at some land that’s on that street to encourage buildings to maintain that character, and to maintain that heritage which has been left to us to watch after.”

Along with promoting the many attractions, Enumclaw continues efforts to position itself as not only a stopover, but as a destination. Molinaro recounts, “The previous Mayor, Liz Reynolds, really initiated the Tourism Committee to be able to build upon our community and the surroundings to attract more people into town throughout the different seasons.” The impressive Crystal Mountain Ski Resort, sitting just outside of Mt. Rainier National Park on the edge of the city, brings people to Enumclaw throughout the year. “That is a pretty huge draw which generates a lot of traffic through our community during the ski season and during summer, too, because it’s opened for gondola rides and the restaurant experience,” explains Molinaro, adding that the resort has a multi-million-dollar expansion project underway over the next five years with plans of adding more experiences to the facility.

In terms of other Enumclaw offerings, he maintains, “We also have state forest land for hiking, as you go towards Mt. Rainier. Our community and surrounding roads outside of the city limits are very, very bike friendly. We do get a lot of cyclists that come out here and experience that through our community. There is a lot of initiative in terms of drawing tourists into town with different events that our business community has been planning in conjunction with our city coordinators for cultural events.”

One such event is a vintage car cruise, offered each Friday May through October, which sees vintage cars on display throughout the community, while driving up traffic in the city’s restaurants and shops.  Unique for a community of its size, you can visit the Thunder Dome Car Museum that has a vast variety of vintage and one-of-a-kind vehicles. Along with the aforementioned Sundays on Cole, the city also puts on a variety of parades and activities in the downtown and has a farmers’ market every Thursday during the summer and fall months.

Enumclaw also owns a municipal golf course and a community aquatics center, which is enjoyed by residents and visitors, as well as the Enumclaw Expo Center, home to the King County Fair. Molinaro boasts, “It’s the oldest fair west of the Mississippi, it started in 1863. We’re very proud of that, and we maintain it and make sure that it’s strong.” Noting that the city leaves management of the Expo Center to a non-profit organization, he adds, “There is a lot of activity that goes on out at the Expo Center besides the fair. It’s a year-round center that brings in rodeos and concerts, dog shows, the Scottish Highland Games – a vast number of items, small or big. The non-profits do an excellent job in providing different activities for the community and the region to be able to attend.”

Although the majority of the city’s housing is single family, Enumclaw is endeavoring to introduce more affordable options, which Molinaro hopes will encourage younger people to remain in the community. Part of this effort includes two new apartment complexes which is currently in the permitting phase, and is expected to bring 400 new units to the city within the next 18 – 24 months.

On the employment side, Enumclaw has a diverse mix. Highlighting member-owned insurance company Mutual of Enumclaw, that has been a part of the community for over a century, Molinaro relays, “They are one of our major employers and a great community citizen. They are very active within the community.” Another major employer is the local hospital, which is part of the CHI Franciscan system. 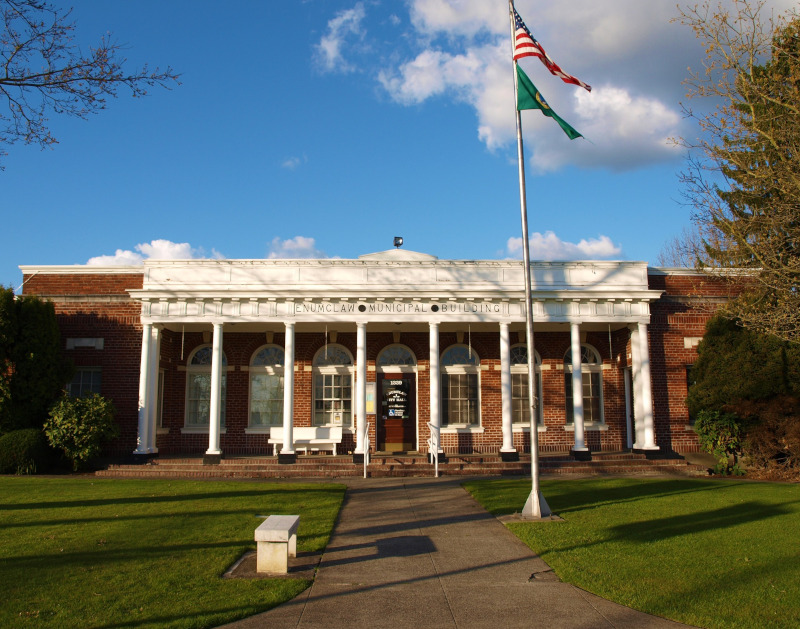 Manufacturing company Parker Helac also employs over 300 people in its 155, 000 square foot facility. “They are an employer that’s been in town several decades and continue to be a very strong business and manufacturer in the community,” says Molinaro. “And of course, we have our school district, which is a major employer for all the grade levels that are here. After that, we have several small business owners in the community, and a lot of independent restaurants, and the normal franchise restaurants like McDonald’s and Jack in the Box. So, it’s quite a mixed bag.”

One of only two communities in the state to operate their own natural gas utility, Enumclaw residents benefit from the advantage of lower rates. The city is also working to add EV charging stations to a new parking lot to support those who opt for electric vehicles. “We’ve also looked into electric vehicles for some of our non-police vehicles, to see what we can do on that. But it’s a process in terms of doing the research and the cost to be able to see how we can structure that into our budget,” reports the Mayor.

A new community center is also in the discussion stages, replacing an existing senior center in need of major repairs, and adding a gymnasium to support recreation for residents of all ages. “We are at that stage of discussion with the Council on what this building project will look like, and what the cost will be. Then we will need to bring it to the voters to determine their desire to support the new building. It’s a worthwhile cause,” Molinaro asserts.

Renovations to a city-operated aquatic center will definitely be moving forward – expanding the building and adding a party room and wading pools to the existing facility. “We’re also in the process of getting bids and drawings for a new skate park,” says Molinaro. “In terms of other infrastructure, it’s just your normal, everyday improvements at the sewer treatment plant or to the roads and sidewalks that are in constant deterioration and need improvement.”

Originally drawn to Enumclaw for what he describes as “the surrounding beauty, with Mt. Rainier, with the foothills and all the rural characteristics,” Mayor Molinaro offers his thoughts on where this charming little city is headed. Expressing that the community center is top of mind for him he shares, “I think it’s very important for the community to have this center – to me, that would be the priority at this time. If we can move forward on it, it could hit that two- to three-year timeline to getting bonded and financed and constructed before opening. So, we’re very optimistic that will happen and the community will see the need for it, not only for immediate use, but for future use for future generations.”

What: A charming rural community with 12,543 residents