Business View Oceania interviews Justin Brown, Managing Director of Element 25 Limited, for our focus on the Energy and Mining Sector in Australia

Mineral exploration and the resultant mining operations can have a direct impact on the local environment. Element 25 Limited believes that the responsible and effective minimisation and management of these impacts is an integral part of all work programs conducted by the company. Element 25’s vision is to develop safe, sustainable business and manufacturing practices in the production of manganese concentrate as well as high purity manganese products that will benefit future generations through sustainable growth and profitability, while leaving a smaller footprint on the world. 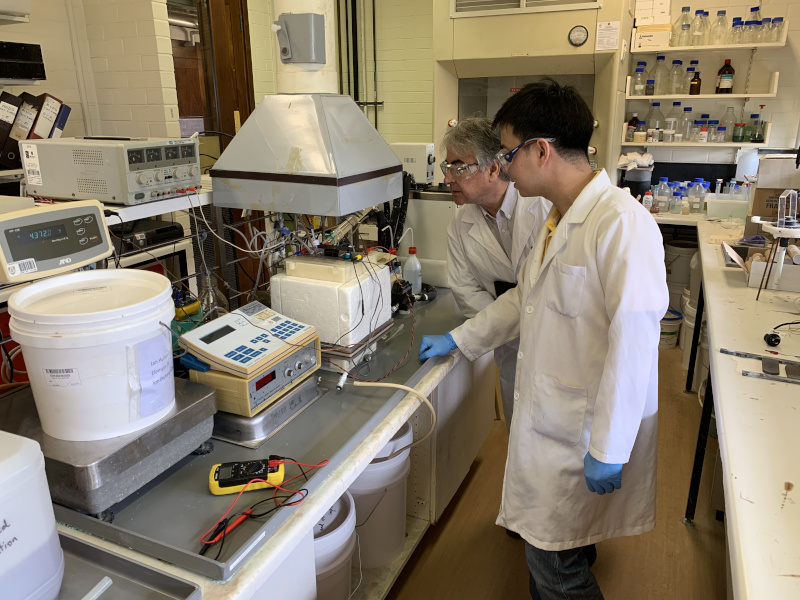 The Butcherbird Manganese Project is a world class manganese resource with current JORC resources in excess of 263 Mt of manganese ore. Element 25 has recently completed a Pre-Feasibility Study (PFS) with respect to developing the deposit to produce manganese concentrate for export to generate early cashflow with a modest capital requirement. The outstanding economics and low capital hurdle will allow the company to develop the project in a shorter timeframe than would have otherwise been possible.

This is envisaged as the first stage of a staged ramp up for the project and has the advantage of potentially providing early cashflow to strengthen the company’s balance sheet and assist in funding of the larger high purity manganese production hub which is the subject of a parallel, complimentary work stream. The Project straddles the Great Northern Highway and the Goldfields Gas Pipeline providing turnkey logistics and energy solutions. The company is also intending to integrate renewable energy into the power solution to minimise the carbon intensity of the project, as well as reducing energy costs. A cleaner, lower carbon flowsheet and high penetration renewable energy will place Butcherbird at the forefront of sustainable metal production.

Business View Oceania recently spoke with Justin Brown, Managing Director of Element 25, about the company’s history, the exciting investment potential of the Butcherbird Project, and his insights into the manganese industry from a global environmental perspective. The following is an edited transcript of our conversation.

BVO: What is the background story on Element 25?

Brown: “The company started life as Montezuma Mining Company and we were listed on the Australian Securities Exchange in 2006. Subsequent to that we have held properties, mostly in Western Australia, that were prospective for copper, nickel, iron ore, gold, and of course manganese. Our exploration programmes took us through various projects looking for the one that would underpin a commercial development, which is the Holy Grail for mineral explorers.

“In 2009 we discovered the Butcherbird deposit and spent two or three years working pretty hard on developing that as a resource, then looking at options to commercialise it to ship a concentrate product to steel mills or smelters. Then, the markets in Australia had a downturn in 2012 through to the early part of 2017, so we slowed work down on that project and tried our hand at a couple of other projects in the meantime. But the gamechanger for us was when CSIRO (Commonwealth Scientific and Industrial Research Organisation) partnered with us. They are the federal government industrial research arm that helps industry solve problems that allow projects to move forward.

“In our case, we used their expertise to help us find better ways to process manganese ores. They helped us to understand how we could potentially look at downstream processing of our ores to high purity manganese products, including Electrolytic Manganese Metal (EMM). And of course the Electric Vehicle boom has led to a surge in demand for lithium ion batteries which has added a turbo charge to that because these batteries require high purity manganese sulphate.

“That really transformed the business. We did some commercial studies, some optimisation on the metallurgy on the back of the work that the CSIRO did with us, and we were convinced that this project can be developed into a long-term, environmentally friendly, low-cost, high purity manganese producer. And that was the catalyst to change the name from Montezuma Mining Company to Element 25, 25 being the atomic number of manganese. Since the breakthrough in 2017, manganese has increasingly been our focus and now takes up just about all of our efforts.”

BVO: What does the actual development entail?

Brown: “The typical path for an explorer is to find a deposit and then drill it out. Which we’ve done and we’ve calculated a resource of over 260 million tons of manganese ore at Butcherbird. Then you have to develop a process pathway to produce a commercially saleable product and that was the breakthrough that CSIRO helped us with. Obviously, we’ve done a lot more testing and optimisation and refining of that process. So, we now have a well tested and confirmed flowsheet to take our ore through a leach process to allow us to produce a high purity manganese metal, and a high purity manganese sulphate for the lithium ion battery industry.

“The key to this Stage 1 development to produce manganese concentrate was the optimisation of the front end beneficiation process which maximises the grade of the leach feed. It turns out, it also allows us to produce a nicely profitable concentrate product at a much lower capital cost. The Pre-Feasibility Study brings all the Stage 1 engineering together, overlaying commercial reality – the price you can realise in the market – the demand side, offtake and the permitting that goes with it. All those threads come together to confirm the commercial viability of the project. Right now the resource is defined, the flow sheet is defined, permitting is progressing well, and all required Native Title agreements are in place.”

“The main threads to take us to early 2021 production are detailed engineering, project approvals and of course financing. We are comfortable this is all achievable and we are working hard to deliver it. The cash generated by this first stage will then allow us to reinvest to grow the project to upscale production and take advantage of the very large resource that can provide feed material for an extremely long mine life using best practice, sustainable and socially responsible methods.” 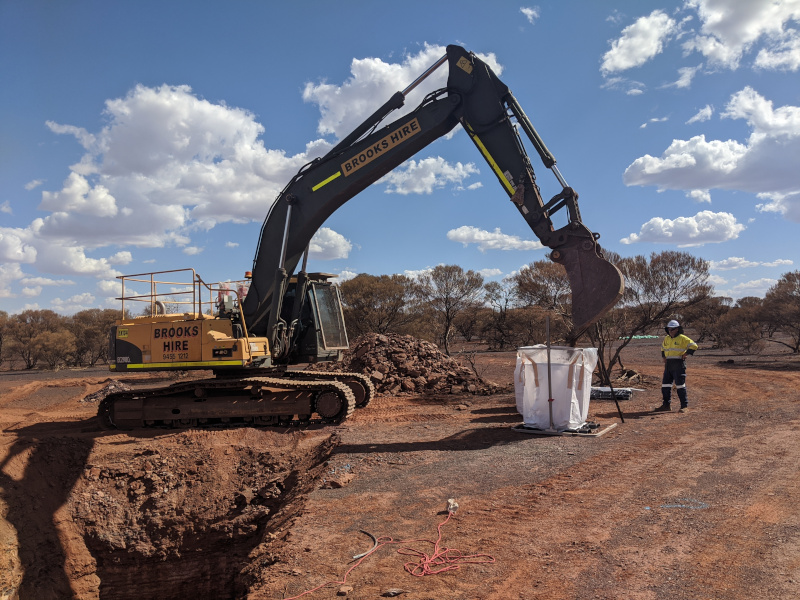 BVO: Is manganese the mineral of choice for batteries?

Brown: “Battery chemistry is evolving all the time but in all the mainstream chemistries for cathodes, manganese plays a role. Increasingly so, because of the three metals that go into the current generation of cathodes (nickel, cobalt and manganese), manganese is the lowest cost. And adds a lot of value in terms of thermal stability. In a grid storage environment, a manganese battery is a preferred chemistry. In an EV, the tendency is for higher nickel cathodes because they’re more energy dense, but they also have some challenges from a thermal stability point of view. So, manganese is very much a player in both grid storage and EV batteries.”

BVO: Why should investors be interested in the project?

Brown: “The Butcherbird Project is unique for a number of reasons. Based on a mining scale of 42 years for Stage 1, we will only use about 20 percent of the resource, so there is a huge opportunity for expansion and a long-life project. The downstream processing element is something Australia hasn’t done a lot of in recent times, and this project aims to ultimately taking the ore right through to end products in terms of manganese metal and manganese sulphate for batteries. We believe it will be the lowest cost producer globally, so once we establish the project it will be incredibly competitive.

“It’s obviously in a stable jurisdiction in Western Australia, which is something that the end users of these products are telling us is a really big tick. Because investment capital these days is much more willing to flow into well-regulated, stable, ethical jurisdictions and that bodes well for the financing of the project. From an investor’s point of view, we have a very low valuation at the moment, we’re well funded so our dilution risk is low, and you’re getting in at a compelling valuation, so you’ve got a lot of opportunities for capital appreciation on the development path we’re on and it should give a good return.

“The PFS document gives a big tick to the technical, to the commercials, and that’s the basis for the detailed engineering design that goes out to make the case to the banks and other financial institutions that this is a project worthy of investment. Our waste materials are all benign, and we look to integrate at least 50 percent renewable energy into the project over the long term, so we’re making it a really clean, low-cost producing hub, as well. That’s another critical component.”

BVO: What are the most important points about the Butcherbird Project you’d like people to know?

Brown: “Low capital cost and early cashflow for the Stage 1 operation, really robust optionality for expansion, and ultimately, high penetration renewable energy and a cleaner flowsheet design for high purity manganese means we’ll have a very low carbon, highly environmentally friendly product suite. It’s a set of products that feeds perfectly into current market demand, as well as the global transition from internal combustion to EVs. It’s in a very well regulated and stable jurisdiction in Western Australia and the long mine life is key in terms of providing sustainable investor returns. It’s not a typical mine that only has seven to ten years of reserves; we have reserves that will go out 40 years and beyond. And over time, our aim is to be the lowest cost producer globally. So once we are established, we have a really strong opportunity to expand and grow the business aggressively with the huge resource we have. There is an exciting future ahead for Element 25.”

Where: Headquartered in Perth, WA