When the COVID-19 pandemic pushed everything from doctor visits to job interviews online, the need for greater broadband access in much of rural America became even more pressing. Recognizing the need to act quickly, the Power & Communication Contractors Association (PCCA) threw its support behind the American Connection Project.

The broadband coalition is a group of more than 100 businesses and organizations that have helped set up free Wi-Fi hotspots in parking lots that people can safely access from their vehicles. “And the program has been incredibly successful,” says Timothy Wagner, President & CEO of the Power & Communication Contractors Association. “You wouldn’t believe how many people in rural America are parking in these lots so that they can do things like fill out job applications and so their kids can do homework. And in each individual instance they’re online for an average of two to three hours.” 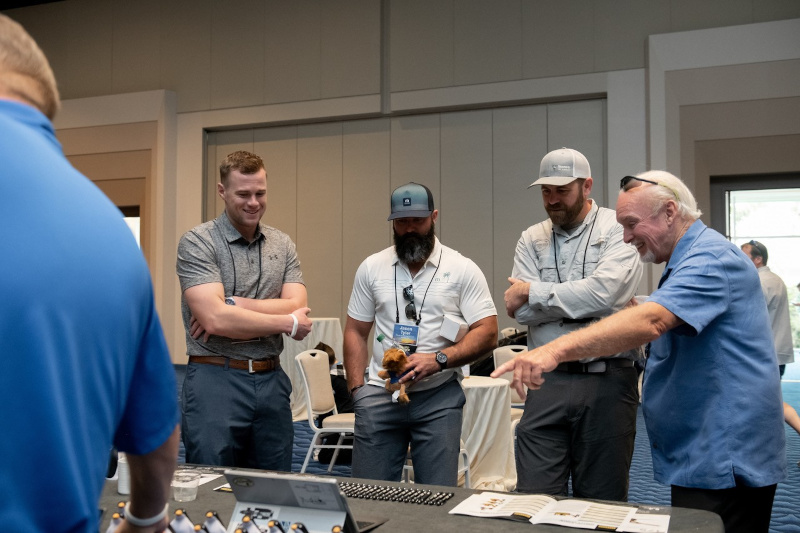 Land O’Lakes formed the coalition, which has now installed free public Wi-Fi in more than 2,800 locations across 49 states. But those are just short-term solutions for a much larger problem. An estimated 19 million Americans lack access to fixed broadband service, according to the Federal Communications Commission. Addressing that kind of large, critical infrastructure need is the type of challenge the Power & Communication Contractors Association was created to address.

The organization was created in 1945 to work with the Rural Electrification Administration to bring power to rural America. Or, as Wagner puts it, to the homes and businesses that power companies deemed too expensive to electrify. “A lot of the companies who are our members now and who have been our members throughout the years started out as farmers,” Wagner explains. “And they were so enthusiastic about bringing electricity to their communities that they used some of the equipment that they had on the farms to start power line construction companies and later telephone and telecommunications construction companies.”

Today, Power & Communication Contractors Association members consist of contractors and associates. Contractor members are the firms that install power and communications infrastructure. There are about 100 across the U.S. They range from mom-and-pop operations to publicly traded companies such as Dycom, Mas Tec, and Quanta Services. Associate members provide support for the industry through the manufacture and supply of goods, equipment, and services. They include companies such as John Deere, Caterpillar, Vermeer, and Ditch Witch.

PCCA primarily communicates with members through a quarterly journal, its website, and two annual meetings – a convention and a mid-year meeting. Each year at the meetings, employees of member organizations go through leadership training. This is part of an initiative intended to solve one of the industry’s long-term problems. The need for additional power and communications infrastructure is obvious, and money for such projects is regularly included in the various spending bills that move through Congress. For instance, states used tens of millions of dollars from the CARES Act to improve access to everything from education to telehealth.

“The economic outlook for our industry in the near term is pretty much off the charts,” Wagner reports. “If you look at infrastructure bills that are being talked about on both sides of the aisle in Congress, we’re seeing numbers as high as $80 billion in broadband funding over the next five to ten years, which by the way is an impossibility. There just aren’t enough workers to do that much work.” The leadership training at the PCCA’s annual conference aims to address that. It’s part of a leadership development program that grew from a group the Power & Communication Contractors Association started about 10 years ago called the Young Construction Professionals. Its purpose was to increase industry retention by engaging younger members, which is especially important as the existing workforce ages and begins to retire. 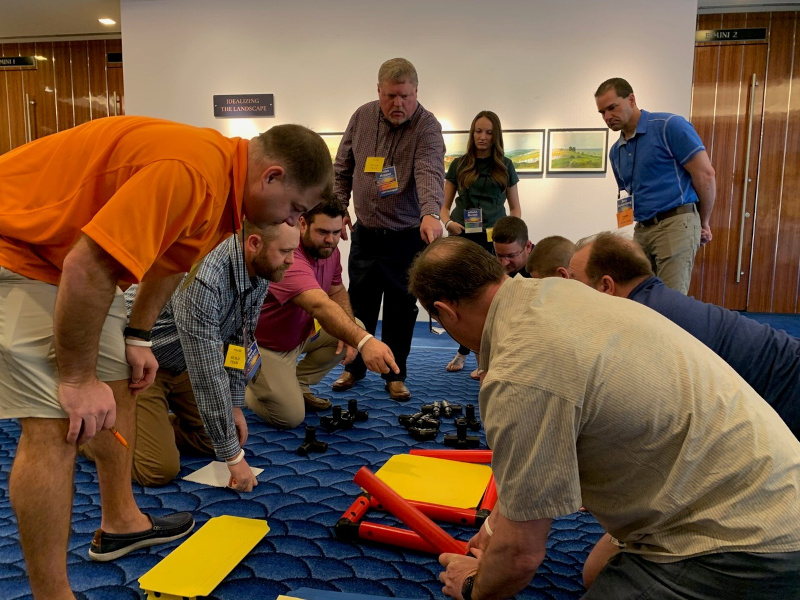 But just getting young people into construction can be a challenge. “Many younger people don’t want to get into construction,” Wagner acknowledges. “And there are barriers, both from ‘I don’t want to get my hands dirty’ to ‘my parents want me to get a college degree’ kind of things, despite the fact that these are really good-paying jobs with careers that can result in a lifetime of steady, rewarding work and good salaries.”

The Power & Communication Contractors Association’s answer is a program called “Who Will Do The Work?” The workforce development program was designed to create an educational track to the industry, and partnerships with a number of community and technical colleges have been developed. Now, places such as State Technical College of Missouri, Wisconsin Indianhead Technical College – Rice Lake, and Terra State Community College in Fremont, Ohio, all offer programs for utilities technicians. The program not only brings a new generation into the industry, but it provides PCCA members with a pipeline of well-trained applicants. Members can also have input into what graduates of those programs are learning by helping to develop and update curriculums.

The Power & Communication Contractors Association’s influence extends beyond the schoolhouse and into the U.S. House and Senate. A government affairs committee typically has about five in-person meetings in Washington, D.C., each year. Members meet with congressional offices and agencies that affect the industry, including the Federal Communications Commission and the U.S. Department of Agriculture’s Rural Utilities Service. One time a year, general members are invited to join the committee on a congressional fly-in that usually takes place in January.

The COVID-19 pandemic has forced those in-person meetings online, but that hasn’t slowed PCCA’s activism. “We’ve done a couple of virtual fly-ins this year and had fairly successful Zoom meetings with congressional staff, the FCC, and the USDA, but we obviously prefer to do that in person,” Wagner reports. “And our government affairs committee is extremely engaged in the entire process.”

One of the causes the group lobbies for is excavation safety. A study called “What Gets Measured Gets Done” has been commissioned to make the installation of underground utilities safer. “We’re trying to overhaul the existing utility locating process because it’s very flawed,” Wagner explains. “A lot of locates aren’t being done in a timely manner or at all because there are no consequences to an owner not going out and locating their utilities before we dig. And there have been several catastrophic accidents caused because of bad locates or no locates.”

Finding ways to safely provide service to the nation is what the PCCA has done for more than 75 years. In that time, members have installed an estimated 90 percent of the power and telecommunications infrastructure in the U.S. “Our group was heavily, heavily involved in electrifying rural America,” Wagner says. “It’s something that has ensured the prosperity of the United States in a lot of ways.”

Now the Power & Communication Contractors Association is focused on ensuring that prosperity continues well into the 21st Century.

What: National trade association for contractors in the power and communication construction industry