Building for a better tomorrow

Americans are an eclectic group of people, each with their own customized version of the American dream. But a dream that often unites them is the desire to own one’s own home, a desire that the Home Builders Association of Hickory-Catawba Valley (HBA) has been striving to help fulfill for the last 50 years. To provide industry resources, information, and education; to further ethical and professional standards; to maintain a positive image for the industry within the community; and to promote home ownership and affordable housing—these are the goals the HBA has set for itself, and its inputs are everybody’s gain.

“Building for a better tomorrow” is the motto by which the Home Builders Association of Hickory-Catawba Valley lives, and it is true to it. Formed in 1969, the non-profit membership organization proudly represents one of the local chapters of the North Carolina Home Builders Association (NCHBA), promoting professionalism, credibility, quality, and vitality in a way that universally benefits the building industry, the consumer, and the community. 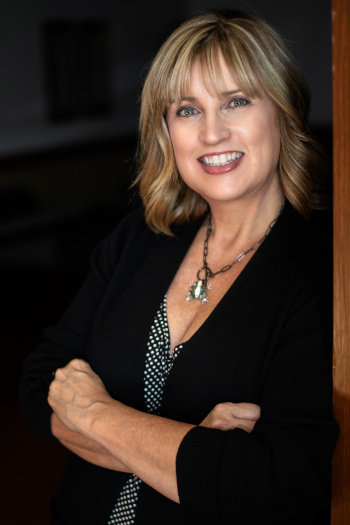 “At the time the Association got together, the initial thinking was to challenge the unfavorable reputation that builders had,” says Gerald Kamp, a three-time President of the Hickory-Catawba Valley HBA and former Regional Vice President for the NCHBA. “They wanted to improve the status of home builders – which, incidentally, I don’t remember being that bad – and so they formed the HBA and it was chartered with 10 members. An HBA has two types of members: builder members, who are directly involved in building homes; and associate members, who provide products or services to home builders. This charter group of 10 individuals had some of each.”

Residents often refer to the Hickory Metro area as the Unifour, which comprises the four neighboring counties of Catawba, Alexander, Burke, and Caldwell. About a decade into the life of the Hickory-Catawba Valley HBA, two of the original counties, Burke and Caldwell, split out and formed their own Home Building Associations.  “This is the way they operate today,” Kamp explains. “There’s our Association, and two others in adjoining counties. So, right now, we’re representing Alexander and Catawba.”

“We’re at 193 members, of which 66 are builder members,” shares Executive Officer, Kim Crawford. “We’ve held strong; we’ve gained some and lost some throughout the year. But to be in a pandemic and reporting the same number of memberships we had a year ago, we feel pretty fortunate.”

“I’m mostly a remodeler, and business has been wide open this year,” confirms the HBA’s 2020 President, Robert Crouch. “I’ve probably turned down or put off as much work as I’ve taken on. Which is a good sign.” Since the collapse of the housing boom beginning in 2008, builders have been reluctant to build across the area, both because the demand for new homes plunged and the supply of unsold properties has remained high. “The builders that came in and built a lot of spec houses got burned pretty bad in the County,” Crouch recalls. “We’ve probably only got four people that actually still build spec homes. And most of them are building small spec homes, not big ones.”

Multi-family residential construction in the area has helped to curb some of the ongoing recession but a new wrench was thrown in the works with the COVID-19 health crisis: a combination of hot lumber sales and rising prices. “This actually postponed a job or two for me,” Crouch admits. “I’ve heard the same from other people, too. The price of material jumped up about 35% starting mid-April, and only started climbing back down as recently as October. What happened was, everybody was home and there was a demand for building treated lumber decks. There became a shortage of treated lumber. So, they started buying the domestic lumber to treat, and it caused an impact on the supply.”

The pandemic pushed several timber harvesting companies across the state to curtail production, or close outright in response to slack demand and volatile market prices. “Some of the mills dealt with outbreaks, while others pumped the brakes on purpose, anticipating that COVID-19 would slow the forestry industry down,” says Crouch. “So, you had a cross between the two – homeowners stuck at home who decided to embark upon projects, and the industry decelerating production as a response to early signs that everything was eventually going to shut down. At one point, you couldn’t even get certain sizes in treated lumber. It’s amazing how the pandemic’s changed things. But the demand, as far as an individual looking to get an addition done on their house, hasn’t slowed down on my end, I’ll tell you that.”

The difficulty has rather been finding skilled labor to meet the demand. According to Kamp, “Some of the builders I work with are having a heck of a time. Our HBA doesn’t have large tract builders. We have a bunch of small builders, which is unusual because in other parts of the state, the bigger cities, they have some of the national builders with over 1000 employees. Here, a good number of our builders have no employees. They subcontract all the work. And that labor force is hard to come by.”

The HBA has been looking at solving the problem with the help of Catawba Valley Community College’s Construction Careers Academy, an industry-driven training program designed to prepare students for skilled positions that are regionally in high demand. “Graduates go directly to work for one of the local building sponsors of the program,” Kamp explains. “But that’s turning out a maximum of 20 students per year, whereas we could probably use 200.” 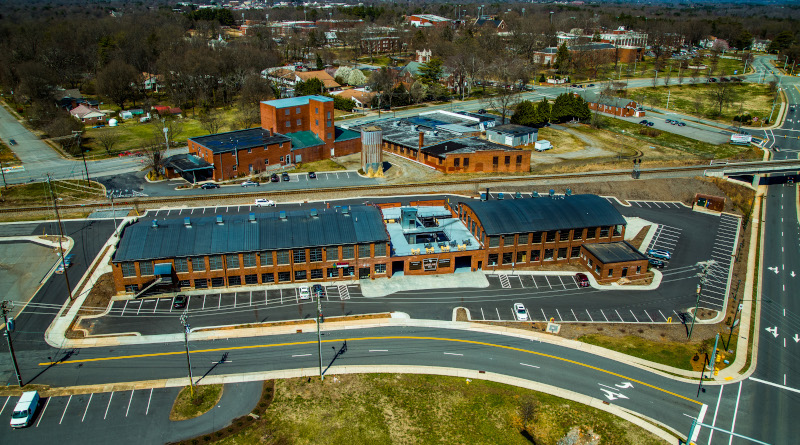 “In 2017, there were 31 bills considered by the House and Senate in North Carolina that were somehow related to the building industry,” Crouch says. “If those bills all got passed, it would’ve added, on average, $20 per square foot to the cost of a home. And so, the HBA filed them back. All of them were reduced or changed or thrown out, down the road. One was a tax on labor. It’s a big deal when you think you might get charged 7% tax on labor. When we buy materials – the carpet, or the lumber – we pay taxes on it. We’re not tax exempt. What they were trying to get at was basically double taxation. Well, the HBA lobbied for us, fought the good, the bad, and the ugly, to where we don’t have to pay taxes on labor. If it’s considered a capital improvement, it isn’t taxed. That’s significant on a house build, it kills affordable housing if you start piling costs on.”

As a non-profit, one of the HBA’s core values is to give back to the builders and associate members whose contributions made the association possible in the first place. “We’re big about doing business with a member,” says Crawford. “We push that amongst our members. When you need to replace your windows, you call on someone within the association. We’re ultimately here to support each other and do business with each other. And when you join our association, you’re actually joining three in one—you get a membership with the national, the state, as well as the local HBAs.”

Crouch joined the Home Builders Association of Hickory-Catawba Valley in 1989, which was right around the time he started his company. It gave him more meaningful contacts than he couldn’t have made on his own and very quickly established his credibility as a respected construction professional in the local market. “I have a shower door guy who’s been a member now, probably 10 or 12 years,” Crouch says. “I encouraged him to join, too. And he’s currently on our board of directors. He’ll tell you that the best thing for his busines was me asking him to join the HBA.”

“I retired more than 10 years ago, but I can’t seem to turn myself loose from the HBA,” Kamp adds good-humoredly. “I take pride in my 47 continuous years as a member.” In 2017, Kamp was inducted into the North Carolina Housing Hall of Fame (NCHHF). The primary purpose of the NCHHF is to pay tribute to the men and women who’ve made significant and lasting contributions to housing in North Carolina, the building industry, and to the NCHBA. “I think there are only about 40 people for the whole state that have been inducted,” says Crawford. “It’s a great honor for him, as well as our association.”

Where: Based in Hickory, North Carolina